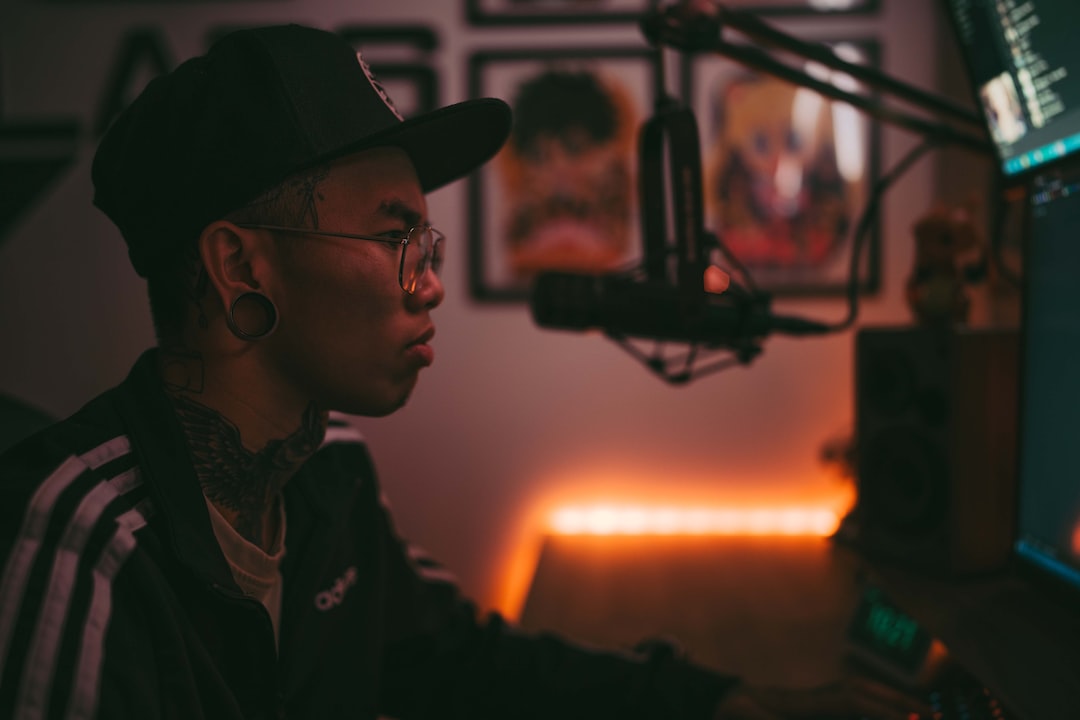 Asthma is a heterogeneous disease with many clinical phenotypes characterized by variable airflow obstruction, chronic airway inflammation and bronchial hyperresponsiveness. Asthma is usually controlled by the regular use of an inhaled corticosteroid (ICS) with or without a long-acting Î²2-agonist (LABA) or a leukotriene receptor antagonist (LTRA). Despite the standard asthma treatment, about 10% to 20% of patients still remain uncontrolled, often with frequent exacerbations.1,2

The pathophysiology of asthma is complex, and multicellular inflammatory processes including eosinophils, neutrophils, T helper cells, monocytes, mast cells, basophils and epithelial cells with various chemical mediators and cytokines are involved.3 Cysteinyl leukotrienes (CysLTs), namely LTC4, LTD4 and LTE4, have been suggested to be important inflammatory mediators enhancing airway inflammation and uncontrolled asthma, especially for patients with aspirin-exacerbated respiratory disease (AERD). They are produced in a cascade manner via the arachidonic acid (AA) pathway by mast cells and eosinophils in the airways.4

LTE4, a stable and reliable metabolite, has been detected in serum and urine, and used as an indicator for the activation of AA or CysLT pathways.5 Higher urine levels of LTE4 (uLTE4) have been reported in patients with moderate to severe asthma as well as with AERD, in whom activation of the CysLT pathway is related to eosinophil recruitment into the airways,6 and shows a negative correlation with FEV1.7 Leukotriene receptor antagonists (LTRAs), including montelukast, zafirlukast and pranlukast, have been developed to reduce CysLTs-mediated airway inflammation in asthmatics.8 CysLTs are known to cause bronchoconstriction, mucosal edema and mucus secretion.9 Moreover, they are involved in airway remodeling via activating epithelial cells. Previous studies have revealed the role of CysLTs in airway remodeling via TGF-Î²1 production10 and enhancing TGF-Î²1 response.11 The clinical efficacy of LTRAs in adult asthmatics has been reported in some studies, in which addition of LTRAs improves asthma control status in adult asthmatics whose symptoms remain uncontrolled despite the use of ICSs.12 However, some asthmatics do not respond adequately to LTRAs, even together with ICS and LABA, and the detection of high LTE4 levels in urine or serum has been suggested to enrich the responders. To date, there have been few studies to examine whether airway inflammatory responses remain uncontrolled with use of LTRAs in adult patients with AERD or aspirin-tolerant asthma (ATA).

The primary objective of the present study was to examine the levels of AA metabolites according to LTRA medication as well as anti-inflammatory medication including ICS, and to find whether the LTRA treatment could suppress the levels of LTE4. Furthermore, we evaluated whether the levels of AA metabolites are associated with asthma control status and the degree of eosinophilic inflammation in a real-world clinical setting involving patients with AERD and those with ATA.

This study was a prospective cross-sectional and noninterventional real-world study. We enrolled 47 patients with AERD, 90 patients with ATA and 20 normal healthy controls (HC) at Ajou University Hospital in Suwon, South Korea. Asthma was diagnosed according to the GINA by the allergy specialists. Exclusion criteria for enrollment were as follows: 1) asthmatics who had ever been treated with type 2 biologics, including omalizumab, mepolizumab, reslizumab and dupilumab, within 130 days of enrollment, 2) current smokers or ex-smokers who quit smoking within 30 days of enrollment; and 3) asthmatics whose controller medications were changed within 7 days of enrollment.

Study subjects were recruited according to current maintenance medications, especially LTRA as well as ICS-LABA. In addition, they were grouped by NSAID/aspirin hypersensitivity because the levels of AA metabolites are known to be different in patients with AERD compared to those with ATA.5 The ATA group was divided into 2 subgroups: ATA with ICS-LABA and ATA with ICS-LABA plus LTRA. In the AERD group, all the AERD patients enrolled had been taking ICS-LABA plus LTRA (Figure 1). The doses of ICS were grouped into low, medium and high doses as defined in the Global Initiative for Asthma guideline (GINA) guideline.13

AERD was defined by a typical clinical history (recurrent exacerbation of upper or lower respiratory reactions after ingestion of aspirin/NSAIDs) and/or a positive response to the lysine-aspirin bronchial provocation test (Lys-ASA BPT).14 The Lys-ASA BPT was performed with increasing doses of Lys-ASA solution up to 300 mg/mL using the method previously reported.15 The result of the Lys-ASA BPT was considered â€œpositiveâ€ if FEV1% was decreased by more than 20% after the challenge. Subjects who showed negative results to the Lys-ASA BPT or denied any changes in upper or lower respiratory tract symptoms after ingestion of aspirin/NSAIDs were defined as ATA.

To evaluate the levels of AA metabolites according to asthma control status, study subjects were grouped by asthma control status (well controlled, partly controlled or uncontrolled status) based on the GINA guideline. Well-controlled asthma was defined if patients experienced daytime symptoms and reliever use less than twice a week without night awakening or activity limitation in the past 4 weeks. Uncontrolled asthma was defined if asthmatics showed ACT â‰¤ 208,16 or ACQ-6 â‰¥ 1.5.17 Severe asthma was defined according to the American Thoracic Society Workshop.18 All subjects gave written informed consent at the time of enrolment, and the study was approved by the Institutional Review Board of Ajou University Hospital (AJIRB-BMR-SUR-15-498). This study was conducted in accordance with the Declaration of Helsinki.

Collection of Clinical Data and Samples

Measurement of Serum and Urine Levels of Metabolites

Serum and urine samples stored at âˆ’70Â°C were thawed and analyzed by LC-MS/MS. Chromatographic separations of metabolites in urine and serum were performed with a Hypersil GOLD (2.1 X 100 mm, 1.9 Î¼m: ThermoScientific, San Jose, CA, USA). The eluent was introduced into an AB Sciex, API5500 Triple Quadrupole mass spectrometer. The following deuterated internal standards were used: LTE4-d5 for LTE4, 15(S)-HETE-d8 for 15-HETE, 11-dehydro TXB2-d4 for 11-dehydro TXB2 and 8-iso PGF2Î±-d4 for PGF2Î± (Cayman Chemical Company, Ann Arbor, MI, USA). In urine samples, creatinine was also quantified to normalize to the actual concentrations of each biomarker and 1,3-dimethyl-2-imidazolidinone (Sigma-Aldrich, St. Louis, MO, USA) and then used as the internal standard for creatinine.

Clinical Characteristics and Asthma Control Status of the Study Subjects

Serum and Urine Levels of LTE4, 15-HETE, TXB2 and PGF2Î± in the Study Subjects

No differences in the serum or urine levels of LTE4 or LTE4/PGF2Î± ratio were observed in ATA patients according to asthma control status as defined by the GINA guideline, ACT â‰¤ 20 or ACQ-6 â‰¥ 1.5 (Figure 4B). However, ACQ scores significantly associated with the urine levels of LTE4 after adjusting for age and sex using multivariate linear regression analysis in ATA patients (P=0.032, B=11.931, Exp[B]=151,979.07).

There were no significant differences in the serum or urine levels of LTE4, 15-HETE, TXB2 PGF2Î± or LTE4/PGF2Î± ratio between non-severe asthma and severe asthma (data not shown).

However, when study subjects were classified into the high (â‰¥the median level of LTE4) vs low (

This is the first study to demonstrate that LTE4 levels remain high and show a strong association with blood eosinophil counts, FeNO levels and asthma control status in asthmatic patients despite maintenance medications with ICS-LABA plus LTRA. First, we showed that, in a subpopulation of AERD patients with high LTE4 levels, airway inflammation could not be fully suppressed by maintenance medications according to current treatment guidelines, ie ICS-LABA plus LTRA, suggesting that CysLTs-mediated inflammation does not solely drive disease severity in these patients. Secondly, high LTE4 levels in ATA patients did not show association with lung function, and the proportion of well-controlled patients was lower in patients treated with ICS-LABA plus LTRA when compared to those treated with ICS-LABA alone. Thirdly, in both AERD and ATA patients, high LTE4 levels were linked with persistent eosinophilia. Based on these findings, we propose that earlier eosinophilia-targeting treatment could be a better option than LTRA when a combination of ICS-LABA does not lead to disease control.

ICS-LABA is known to be the mainstay of treatment options for asthma.13 LTRA provides an additive benefit for asthmatics whose asthma is not adequately controlled with ICS alone or ICS-LABA, which is derived from the limited capability of corticosteroids to inhibit the leukotriene synthesis pathway.8,20â€“23 Clinical studies on the efficacy of LTRA treatment have been discrepant, and targeting of the LTRA treatment to asthmatic patients with high LTE4 levels has been suggested to improve the efficacy. The present study performed in a real-world clinical setting clearly demonstrated that the serum and urine levels of LTE4 were high in a considerable number of adult asthmatics, and the higher in the AERD group than in the ATA group despite ICS-LABA plus LTRA medications, suggesting that LTRA medication does not modulate the levels of LTE4.5 LTRA, a selective antagonist of the CysLT1 receptor, is known to directly block the action of CysLTs, but not their synthesis. However, it has been speculated that the synthesis of CysLTs could be reduced in the chronic use of LTRAs.24 LTD4 up-regulates IL-13 and its receptor, and IL-13 production up-regulates the synthesis of CysLTs and then the expression of the CysLT1 receptor.25 Furthermore, the anti-inflammatory activity of LTRAs could decrease the influx of inflammatory cells in the lungs. Accordingly, the cross-talk between CysLTs and type 2 cytokines could result in the self-perpetuating circuit of airway inflammation.20 Blocking of CysLT1 receptor could interrupt this and secondarily down-regulate the levels of LTE4. However, this kind of modulation of the levels of CysLTs by LTRA was not supported by our findings.

The strength of the present study is that this study was performed in a real-world clinical setting, which also has its limitations in design. Although the critical factors that may affect the levels of LTE4 were controlled (eg asthmatics who used biologics or showed recent asthma exacerbation were excluded, LTRA users were separately analyzed), other factors that could affect the levels of LTE4 including medications for comorbidities, ICS adherence or diet pattern were not completely controlled. Because of the cross-sectional study design, further studies are needed to confirm our results. Altogether, our findings support earlier reports that a subgroup of patients with asthma, both in the ATA and AERD groups, is not adequately controlled with a combination of ICS-LABA plus LTRA.30 In addition, targeting LTRA treatment to patients with high LTE4 levels does not necessarily improve the efficacy, since persistent eosinophilia, lung inflammation and progressive lung function decline were seen in patients with high LTE4 despite LTRA treatment along with ICS-LABA. Another plausible explanation for the poor efficacy of LTRA treatment may be that an unidentified LTE4 receptor could mediate airway inflammation in asthma and resist currently available LTRAs.31,32 However, no such recent evidence exists to support this interpretation.

In conclusion, our results emphasize the need for other therapeutic options in asthmatic patients with high LTE4 levels, such as targeting eosinophils, TSLP or IL-33, and suggest the role of CysLTs as a major driver of eosinophilic airway inflammation and remodeling.33

We thank Fanyi Jiang, Katerina Pardali, Outi Vaarala and Joo-Youn Cho for their cooperation and contribution to this research.

All authors made a significant contribution to the work reported, whether that is in the conception, study design, execution, acquisition of data, analysis and interpretation, or in all these areas; took part in drafting, revising or critically reviewing the article; gave final approval of the version to be published; have agreed on the journal to which the article has been submitted; and agree to be accountable for all aspects of the work.

This study was supported by AstraZeneca, a grant from the Korean Health Technology R&D Project, Ministry of Health & Welfare, Republic of Korea (HR16C0001) and the National Research Foundation of Korea (NRF) grant funded by the Korea government (MSIP) (No: 2020R1I1A3051800).

The authors declare that they have no competing interests.