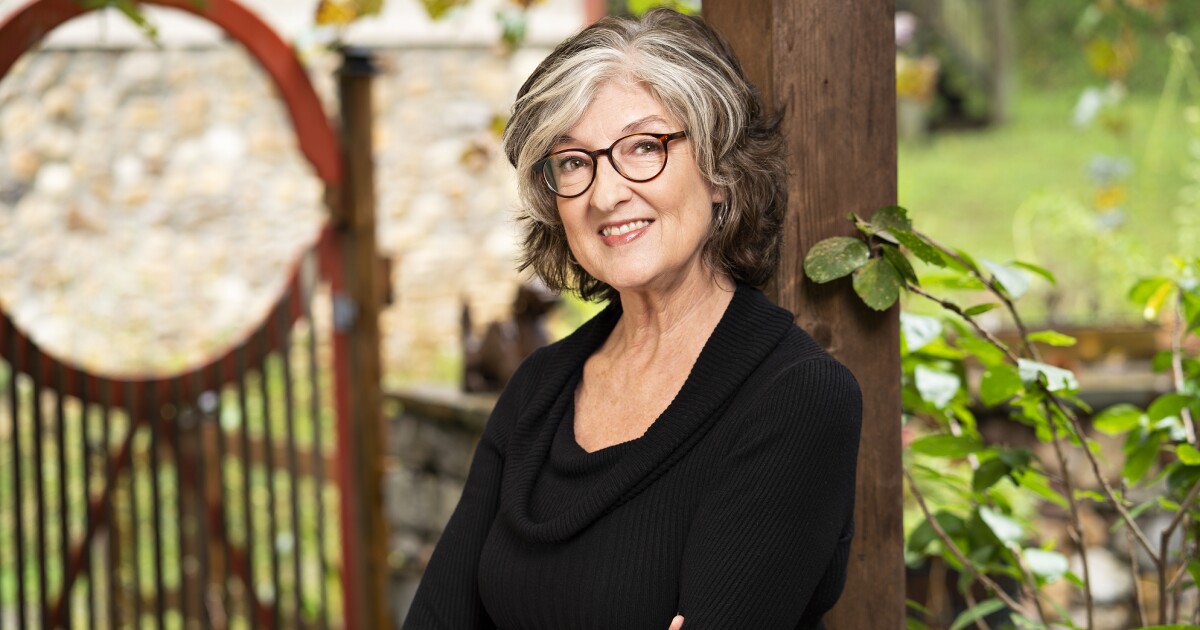 Barbara Kingsolver, an author from Kentucky, is the 2022 Appalachian Heritage Writer-in-Residence at Shepherd University.

Kingsolver has won numerous awards and accolades during his career, including the National Medal of Humanities, Britain’s prestigious Orange Prize for Fiction, and his 1998 novel. The Poisonwood Bible won South Africa’s National Book Award, held a spot on the New York Times Bestseller List for over a year, and was featured in the Oprah Book Club.

While Kingsolver’s fiction takes readers all over the world, she says her Appalachian roots inspire key themes and ideas in her stories. Liz McCormick sat down with Kingsolver to find out more.

Listen to the long conversation below:

The transcript below is from the original show that aired on West Virginia Morning on October 7, 2022. It has been lightly edited for clarity.

Liz McCormick: What does it mean to be an Appalachian in your own experiences, in your own words?

Barbara Kingsolver: For me, that means home. It means recognizing and celebrating my own people. I grew up in eastern Kentucky. I left my small rural town, like young people do. I’ve lived all over several continents, doing low-paying jobs. And traveling around the world, and this country, I encountered a lot of shocking stereotypes, a lot of condescension that drove me crazy, it still drives me crazy.

After trying lots of different places, I came home to Appalachia and now live across the mountains in Southwest Virginia. But it’s the same culture. It’s the same language. It’s the same emphasis on community, resourcefulness and kindness that I grew to know and love.

So, as a writer, I consider it kind of my mission to portray us in a way that’s rarely seen and rarely understood outside of Appalachia.

McCormick: Barbara, you have written many diverse stories, ranging from novels, short stories, poetry; some of these stories take us all over the world. What kind of impact do your Appalachian roots play in your writing? As with The Poisonwood Bible, it happened in the Congo, how does your background and roots here in Appalachia impact your writing?

kingsolver: You know, they say that every writer actually writes the same story over and over again. And if that’s true, my story is about community. If I really look at all of my works, even though I’m working hard to make each one completely new, not just a new location and character set, but I’m asking a whole new question.

I’ve written about climate change and why it’s so hard for us to talk about it. I wrote, as you said, a book set in the Congo, which is about cultural arrogance and what one nation will do to another. So these are big, big questions, sort of urgent and modern themes. But if you kind of dig into the heart of each of these stories, it’s about community, what is our duty to our community? How do we belong there? How does it belong to us? And how does that play against the very powerful American iconography of the individual, the lone traveler, the lonely hero who is meant to be American history.

But as a woman, and as a woman from Appalachia, I always see the other people behind the solo flyer. The people who refueled his plane, the women who packed his lunch. I mean, there are no lone heroes. I’m interested in the heroism of people who think they’re ordinary, and people who help each other, create families for each other or safety nets for each other, who are aware of their debt to their neighbors and their people.

McCormick: I understand that you have a book that will soon hit libraries on October 18th. And that’s Demon Copperhead. I want to ask you to tell us about this book, and what can readers expect when reading it?

kingsolver: Readers can expect a page turner. I live in deep southwest Virginia, which is the epicenter of the opioid epidemic. So we live with this, and I’ve wanted to write about this for several years, and I couldn’t think of a good medium that would make this story interesting and appealing to people, to readers, because it’s a difficult subject. It’s dark, it’s difficult. Children growing up in this environment.

And then I kind of had a conversation with Charles Dickens, and I realized that the way to tell the story was the way he told it to David Copperfield. Let the child tell the story. That’s what I realized I had to do. So this kid called Copperhead, because he has red hair. He has Melungeon heritage, if people know what it is, and he is the child of a drug-addicted teenage mother. He was born on the floor of his wide and simple trailer. And he comes into the world with this fierce – if a newborn can have an attitude, a demon has it – he tells you his story from his perspective, set mostly in his teens and early twenties, while Oxycontin is being released in Lee County, where he lives.

But he tells this story in a way that is in his own voice. In a way that will just give the reader a reason to turn every page because you need to know how they’re going to get through this. How he will survive because he is a survivor. He’s funny, he’s fierce and he’s passionate.