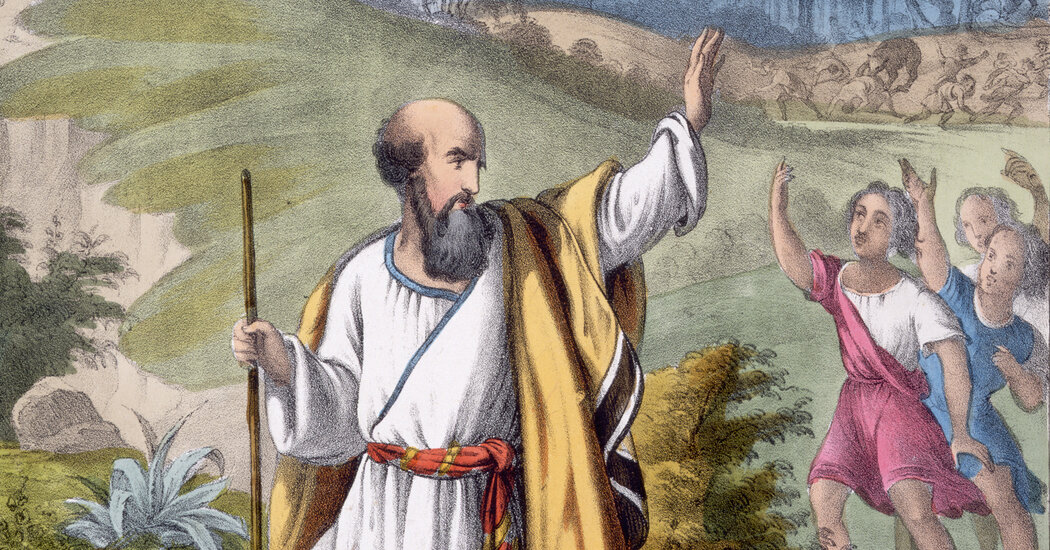 Before dying, the writer Roberto Calasso had the Old Testament in mind

But the main interest of “The Book of All Books” lies not in its fictional embellishments but in the stories themselves. Most of us have lost the practice of daily Bible reading that characterized previous generations, just as we have lost the deep dive into ancient Greece that was once an integral part of high school education. I consider myself reasonably familiar with the Bible, yet I found myself checking again and again to be sure Calasso wasn’t making it all up: Get up, bald! Get on it, baldhead! Elisha looked up, glared at them, and cursed them. Then ‘two bears came out of the forest and tore 42 of the boys to pieces’. is all there in II Kings 2:23-24.

In addition to remarking that “not everyone considered him a benefactor”, Calasso tells without comment this little story about the prophet Elisha. It seems, along with other anecdotes, to convey both the power and the strangeness of the Hebrew prophets. “These men,” he remarks, “shared a certain wickedness, spoke with great vehemence and deployed on principle only two registers: condemnation and consolation, vast deserts of condemnation, that is to say relieved by rare oases of inconceivable sweetness”. Their character traits culminate in the strangest of all prophets, Ezekiel, and it is with Ezekiel’s supremely bizarre visions that Calasso’s book comes to a close.

Ezekiel brings into sharp relief the key principles which Calasso believes weave together all the diverse stories he tells and which define the destiny and identity of the Jews. (Notably, it is as Jews—and not as Hebrews or Israelites in their historical and geographic particularity—that he identifies the characters in his book.) The first of these principles is separation. Yahweh insists that his people be different, and zealously maintain that difference, from all surrounding peoples, just as he insists that he, Yahweh, be their only god. All manifestations of the desire to be like the others—for example, to have kings, as the surrounding peoples do—arouse his blinding anger.

In a one-chapter digression, Calasso accounts for Freud’s late essay “Moses and Monotheism” as a tormented attempt to undo this foundational separation, Freud argued that Moses was himself a foreigner, an Egyptian marked in the ancient custom of Egypt by circumcision. . What had appeared to be the Abrahamic sign defining tribal distinction for all males was actually a sign of assimilation. “Assimilation has come before separation”, as Calasso summarizes Freud’s argument, “and this separation had been introduced by an Egyptian, therefore the Jew had no real self-nature”. But try telling that to Ezekiel.