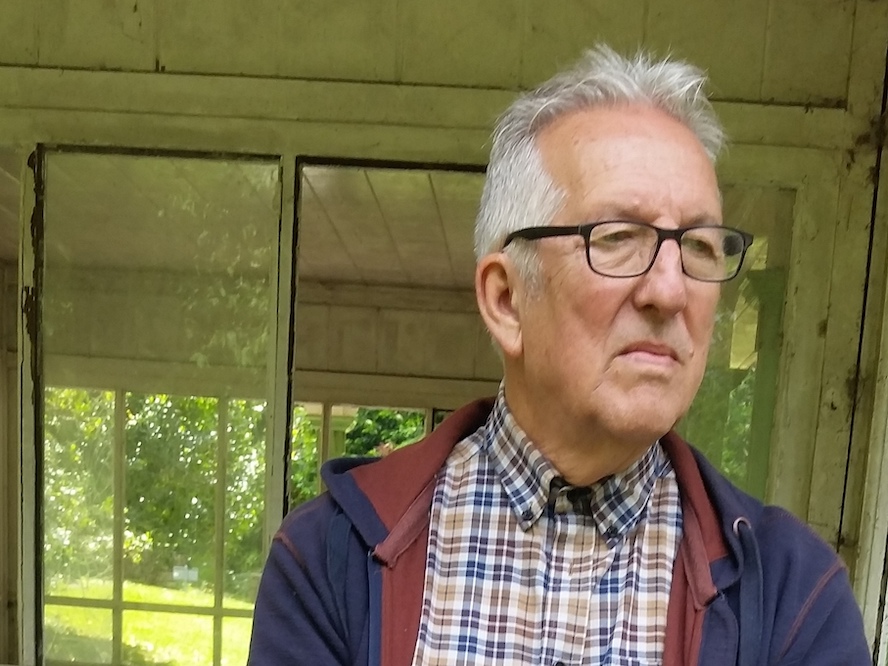 Who is a Welsh writer? Too many unpredicted notions are raised by this question to say much in the answer that isn’t casual. Born in Wales? Do you live in Wales? Born and raised Welsh, but writing ad copy as an expat in Oklahoma? All these. But often the request is loaded with the expectation of a commitment to nationalism, especially after decentralization.

Stepping aside, and to avoid being tied down, one could invoke Dylan Thomas to argue that the only position for an artist anywhere is “standing”, or owner Rhys Davies of My Walesin which there is no allegiance to any political system suggesting an alternative to “his” Wales.

Davies wished to avoid demarcating categories: the possibility that there was only one Welsh subject open to a truly Welsh writer. The fact that he mainly wrote about Wales from a Fitzrovian redoubt blurs his thesis but does not invalidate it.

In any case, practicalities come before politics for a ‘literary’ writer looking for a Welsh publisher. There aren’t many, a Welsh writer that could be described as a writer published primarily outside of Wales.

That’s how it works, because there are more outlets across the border, even beyond the other borders of Britain, and the borders of Europe and the EU. America – even the rest of the world. So many things are obvious.

This year I was published twice in a magazine based in Sydney, Australia. Three years ago, from my home in Monmouthshire, I emailed a short story for publication in a Wichita webzine called “Yellow Mama”. (YM has a mascot called Skeeter and a section called Factoids.)

It’s not so obvious why I couldn’t place the essay and review (Australia) or the story here in Wales. I didn’t try, mainly because I had more or less given up trying.

By a happy detour, the story is to appear in my fourth collection of short stories, Five Go in Switzerlandwhich is due to appear later this year in Cockatrice’s Welsh Independent Books.

The story is called Lovey-Dovey; it’s not Welsh at all, but as I was born and raised in Wales and have never lived anywhere else, the characters and their characteristics may have been picked up here.

I am a cross-border monoglot. Am I eligible?

To say that I had given up being published in Wales is not entirely accurate.

I try but I choose my moments, and even then it doesn’t always go well. Wales is a relatively small country with an inordinate number of aspiring and established writers jostling for fame.

“Established” does not mean that you are holding back from publishing or that you wish to be published in Wales.

So there’s probably (I haven’t done any research) an undifferentiated swell of potential writers, or hitherto unreleased writers, looking for an opportunity here, and searching in vain for no one’s fault in particular.

There must be a lot of nudging and discontent.

You’d be surprised how many Welsh writers have never been published in Wales, except to be interviewed by Welsh newspapers when their books have made critics and readers of no significant nationality green with admiration.

Thriller and fantasy writers, perhaps living in Usk, for example. They do not proclaim their Welsh; they write, and for audiences that are not specific in terms of geo-demography.

But I stick with it: Five Go in Switzerland will be my eighth book, if the mixture of Arthur Machen, Serving of the dayis included, and six of them were published in Wales.

Machen, born in Caerleon, saw his Welsh origins from a room in St John’s Wood, as Davies had watched from Russell Square; Serving of the daya snippet of fugitive Machen journalism explored and edited by me and my old school pal and Machen expert Godfrey Brangham, was published in 1987 by another Welsh independent, Village Publishing, gone as Gutenberg through the portals of the print history.

The kind of writers I’m talking about here are those who want to see their work printed for public consumption on paper or on screen. They may work for a newspaper or magazine, in which case they are published daily, weekly or fortnightly, but most do not.

Their unprofessional doodling rarely earns them their life and if they depend on it for bread, they will starve. I have been both a journalist and a writer of stories, poetry and essays.

In the latter case, I started late in 1995, when I won the Rhys Davies Award for Short Fiction. Despite the hundreds of prize money books, it took sixteen years before I published a collection of stories, or anyone in Wales was interested in publishing it.

So much for the prices and the supposed demand they create for your work. It was a feat nonetheless: try to get a storybook published today without doing it yourself.

But it’s worth persevering: this year I pitched a work of long fiction, Notes from the Superhorse stable, to another small Welsh independent, Saron Publishers; it was taken up and published in July.

Note that I had written all of its 450 pages before knowing if anyone would publish. I am not a Lee Child or a Ken Follett; nobody asks me – well, rarely – and I don’t “sell” like Maggie O’Farrell. The royalties on my previous seven books could pay for a week’s vacation in Portmeirion.

A foreigner might therefore consider that writing was a game of cups and that I was a cup to do it, even if it was a Welsh cup; or that I was just a third-rate writer.

I doubt that the reviewer of my second collection of stories, Who killed Emil Kreisler? (Cultured Llama, 2016), stunned by how his stories went from place to place around the world, was disturbed by the mention in my preliminary biog that I was from Wales. It was to look like nothing more than a modest launch pad.

But everyone comes from somewhere; it is still worth mentioning even if its significance is to be discussed or considered elsewhere, notably by the muggers themselves under conditions of political self-communion as they cast their long-incubated effusions upon the rest of the world in the hope of an “acceptance”, the term used by the author to designate a missive confirming the publication.

The chances of such a confirmation being accompanied by a check for fifty pounds are so small that they are not worth considering.

This is the age of the reverse “gift”, in which instead of a benefit in addition to payment, the writer in many cases receives no payment while the editor accepts the work for free.

Writers keep pushing rocks up like Sisyphus; but, unlike Sisyphus, they committed no other sin than the venial one of selfishness, knowing that some of the greatest writers were guilty of pride and that few readers judge them worse for it.

If I lose interest in publishing books, there’s always what I write as a music critic, especially these days in Jazz Review, which I have been reading since I was fourteen. My regular column there, Count Me In, is a work of unparalleled literary genius. (That’s what he says here.)

Welsh Jazz, or Jazz in Wales, is booming. I hasten to add that it is played by musicians residing in Wales or by those who cross the border for the privilege of doing so.

Anyway, there is something about the place worth proclaiming. And the border itself, of course, is meaningless; gliding along the bed of the River Wye in my part of Wales, it is also invisible.

Nigel Jarrett is a former daily journalist and winner of the Rhys Davies Award and the Templar Short Award, both for short fiction. For many years he was chief music critic of the South Wales Argus. He regularly contributes to Wales Arts Review, Arts Scene in Wales, Jazz Journal, Acumen poetry magazine, and others, and it is included in the Library of Wales’ two-volume anthology of 20th and 21st century Welsh short fiction. He lives in Monmouthshire and swims a lot.