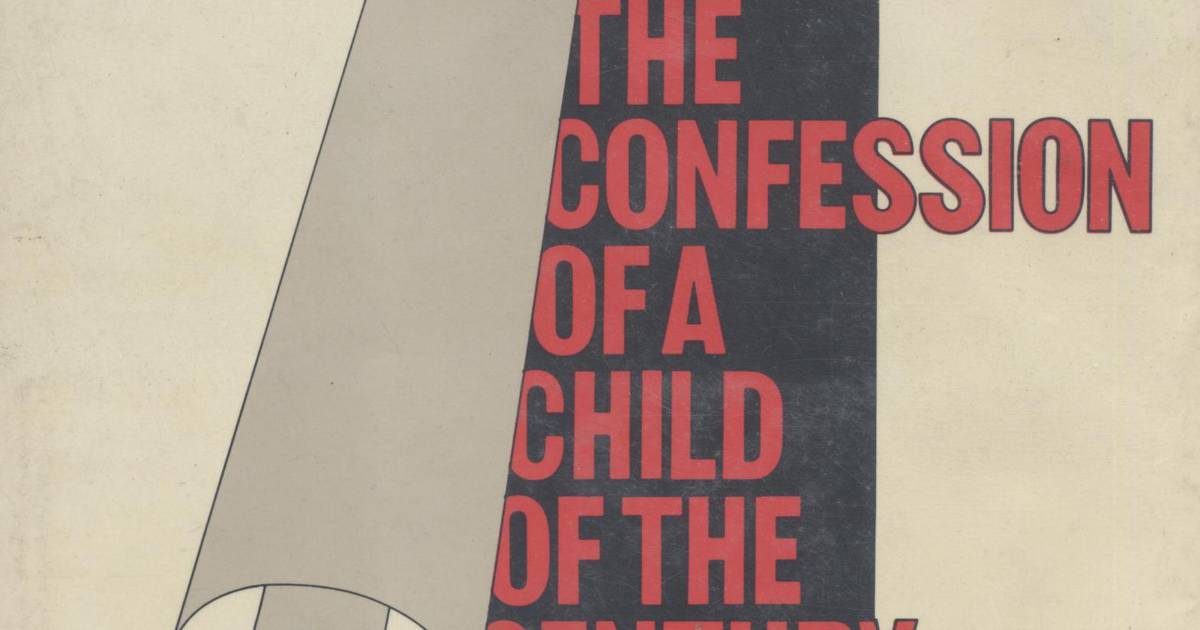 Biblioracle rediscovers a Chicago writer and his “Confession”

I want to tell you all a story about how I discovered a “forgotten” Chicago writer in a college town in central Pennsylvania, and how coincidence and connection made me discover what is one of the best books I have ever read.

Setting: Early evening on the streets of State College, Pennsylvania, home of Penn State University, on a gloomy Thursday night in October. Your hero (me) is in town giving a speech at a conference for writing teachers the next day, but that night, he’s just the one who has time to kill, and there, in the distance, is exactly what he is looking for, a sign for Webster’s Bookstore Café.

When I travel to unfamiliar places, I go to a local second-hand bookstore and see what’s going on. You won’t find the same collection of used books in two places, and college towns are some of the best places for new discoveries (for me).

I like to start with a quick read of the fiction section, a surface level analysis, and what I often look for is a book that stands out from the crowd, usually something that I can say it is older by design cover style, but also something I had never heard of before.

Remember, I am the Biblioracle. That’s not to say I’ve read every author around, but it’s actually pretty rare for me to find a book published in my lifetime by someone I’ve never heard of, but here it is: Confession of a Child of the Century by Thomas Rogers.

Published by Simon & Schuster in 1972, the back of the jacket contains blurbs by Philip Roth (“I think [Rogers] is our Evelyn Waugh. “) and John Cheever (“When I finished at two in the morning, I exclaimed: what a welcome book, what a welcome book.”).

The back flap copy states that the book “Provides such high and constant pleasure that it is only fitting to become one of the permanent novels of our time.”

The “high and constant pleasure” is there. I truly think “The Confession of a Child of the Century” is a masterpiece of seriocomic literature, or “comic-historical-pastoral” as Rogers’ narrator Samuel Heather describes his own story.

Heather is the son of a Protestant Kansas City bishop who derails his promising life by blowing up a bank of the Charles River near Harvard with a misplaced stick of dynamite, leading to his expulsion from school, fleeing justice in joining the military and ending up in a North Korean POW camp during that particular war.

It doesn’t sound comical, but Rogers’ narration is so lively, so imbued with wit and energy, that even a harrowing chapter about Samuel’s first encounter with the enemy in wartime crackles.

I “found” Rogers at this used State College bookstore because for 30 years he was a professor of literature and creative writing at Penn State, retiring in 1992. He died in 2007 at the age of 79.

The flipside prediction of “The Confession of a Child of the Century” as a “permanent” novel, alas, did not come true. No one seems to remember this book.

Rogers was nominated for the National Book Award for his first two books, this one and “The Pursuit of Happiness” (set in Hyde Park), which should have set him up for some permanence as Roth, his former colleague at the University of Chicago. But unlike the super prolific Roth, Rogers only published two other books in his lifetime.

I don’t know, nor do I care to wonder what forces of fate led me to find “The Confession of a Child of the Century”, but I am grateful that they exist.

John Warner is the author of “Why They Can’t Write: Killing the Five-Paragraph Essay and Other Necessities”.

John Warner tells you what to read based on the last five books you read.

1. “The Dictionary of Lost Words” by Pip Williams

For Laura, I go back to one of my favorites from a few years ago, “Such a Fun Age” by Kiley Reid.

1. “A Brief History of Swearing” by Melissa Mohr

2. “The Fellowship of the Ring” by JRR Tolkien

3. “The Only Good Indians” by Stephen Graham Jones

4. “A Subordinate’s War” by Charles Edmonds

5. “The Wonderful Brief Life of Oscar Wao” by Junot Diaz

Lots of range here. I think Greg will be interested in a novel about a unique character who chooses to reject the world he comes from and make his own life, “Suttree” by Cormac McCarthy.

1. “Klara and the Sun” by Kazuo Ishiguro

5. “Confidence Man: The Making of Donald Trump and America’s Collapse” by Maggie Haberman

For Mina, I recommend a little gem of a novel, no more than a few hours to read, but each captivating, “Small Things Like These” by Claire Keegan.

Get a reading from the Biblioracle

Send a list of the last five books you read and your hometown to [email protected].

Sewage analysis and detection of poliovirus type 2 genetically related to the virus isolated from a case of paralytic poliomyelitis — New York, March 9 to October 11, 2022