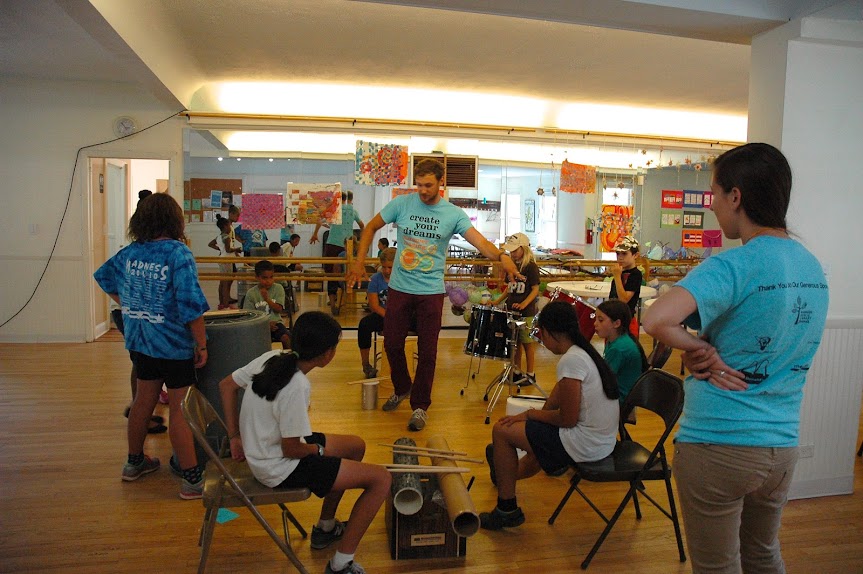 Evanston-born author Jarrett Dapier says he thinks he’s always been a children’s book writer, before he even realized it.

“I wrote a story once my senior year in high school, from the perspective of a piece of dog food…in the bag. And he doesn’t know what happens when you leave the bag. And, therefore, he just wants freedom.

The writer, born in Evanston and raised in Wilmette and Lake Forest, will read his latest works, Jazz for lunch and Mr. Watson’s Chickens, on Sunday, April 24, at Madame Zuzu’s Tea Shop and Art Studio, Highland Park. Madame Zuzu’s is owned by Billy Corgan, lead singer and songwriter of the Smashing Pumpkins.

He said the plot of the book came to him in a dream in 2016 while attending graduate school at the University of Illinois for Library Science.

“I dreamed that I was reading Mr. Watson’s Chickens to first graders, and I was the author of the dream. And I woke up in the dark and just wrote [it all] down.”

In the story, two men who live together and love each other have a variety of animals, including three chickens – but they begin to accumulate more. The couple’s chicken stock is getting too big to fit in the backyard, so the chickens move in.

The first half of the book is about the chaos that comes from having so many chickens in the house, Dapier explained.

Soon the chickens begin to strain their relationship and Mr. Watson’s husband, Mr. Nelson, tells him that he must choose between his chickens and his partner.

“Mr. Watson says, ‘Well, I can’t live without Mr. Nelson because my heart would be a broken egg’, and so they go and look for a new owner at the chicken fair.

Eventually, a fair official meets the chickens and sees an opportunity for them to be a musical act at the fair, adopt them all, and leave the men with a peaceful home that seems a bit empty.

At the end of the book, Mr. Watson discovers three eggs under his pillow and they hatch, again leaving the couple with three chickens.

“I love that instead of leaving him, Mr Nelson says, ‘This has to stop. And I will help you,” Dapier said. “Our loved ones can go through something very, very hard. And it could be something that affects you and your relationship… loving another person really means loving through, like, pain and good times.

Dapier has also received many comments about the queer couple being incidental to the story.

“They are a same-sex couple, struggling with an overwhelming chicken problem. And so when… a lot of people said, “I love that their relationship isn’t a problem,” the love they feel for each other is part of the plot.

Dapier said a librarian told him he was gay, lived on a farm, and loved this book because it “treats me like the rest of my life is normal.”

While Mr. Watson’s Chickens is her second children’s book, Jazz for lunch was his first – both heavily influenced by his experience as a drummer.

“So when I’m writing rhythm, the rhythm of the words is extremely important to me. I read every line out loud and try to hear if it sounds good or not. And that’s a gut feeling. I do battery since I was in third grade.

Although he did not graduate from the Evanston school system, he said Evanston supported him in a cultural and musical way.

Evanston’s record stores like Vintage Vinyl, Dr. Wax and Secondhand Tunes were “major destinations” for him and his friends. He also frequented several halls with holes in the wall that showed independent films.

In the 1990s, when he was a teenager, he and his friends put together a garage band of original songs and performed them across Evanston and Chicago. They were even signed to a short-lived Chicago label called Fuse Records.

Dapier studied creative writing at the University of Illinois at Urbana-Champaign as an undergrad, but said his dream job came to him when he was hired to work as a teenage librarian at Evanston Public Library. He eventually started a teen theater program at the library, where he now puts on one production a year for teens.

Dapier says he enjoys being around teenagers because he finds them funny and finds their view of the world fresh and honest.

“I think they see through a lot of things that the adult world is kind of, like, pretending not to happen…It’s very easy for me to remember what it was, what which was important and the intensity of the feelings. .”

Dapier’s live reading will begin at 10 a.m. on April 24 at Madame Zuzu’s, and a trio of singers — made up of local Evanston teenagers — will join Dapier to perform a song from his book.