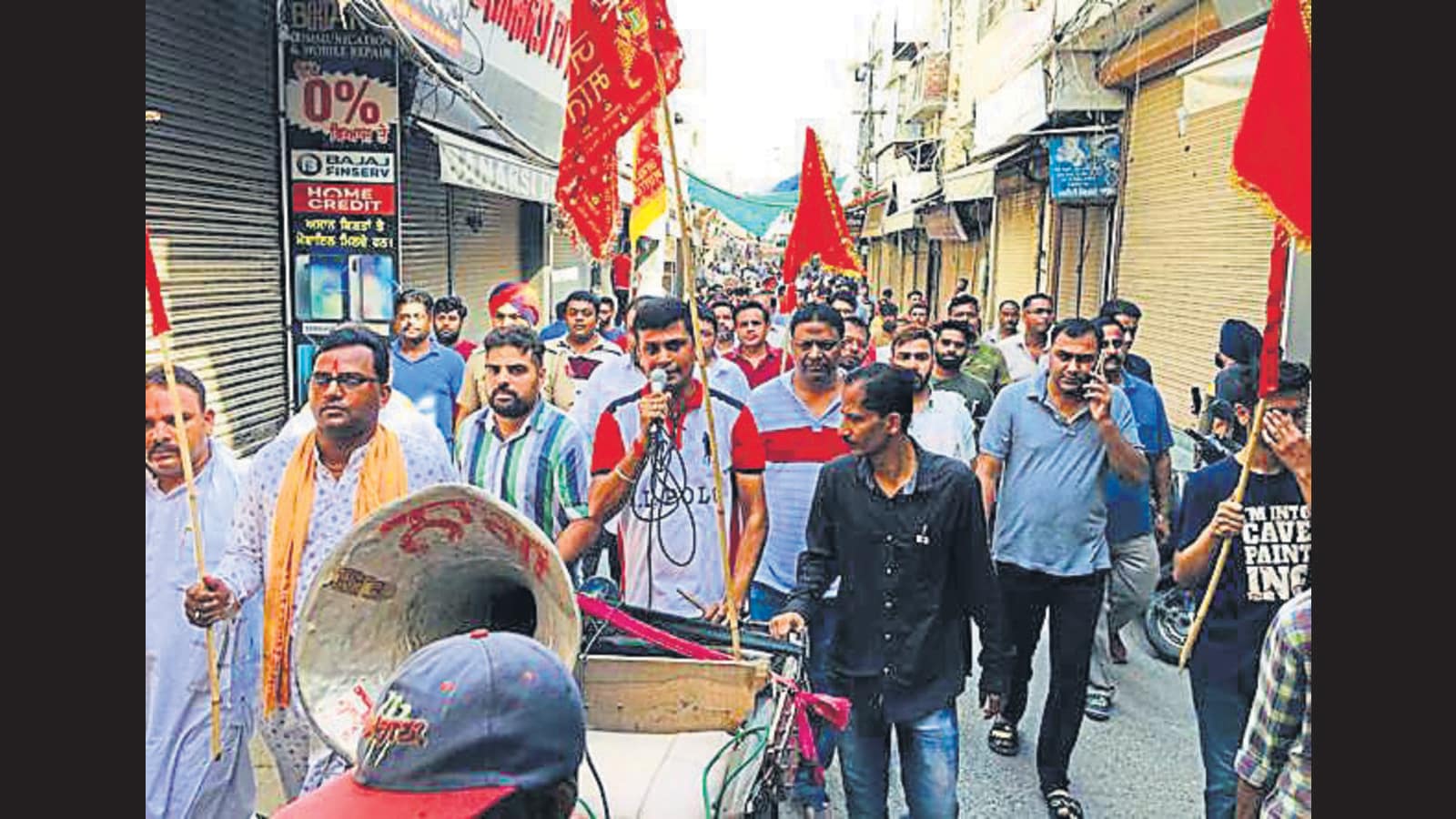 Members of various Hindu groups gathered at Nalke Wala Chowk in Jagraon and called for the closure, while demanding the arrest of an editor of a Punjabi daily for allegedly using derogatory language in reference to the gods hindus

Seeking to arrest Jaspal Singh Heran, editor of a Punjabi daily, for allegedly using objectionable language towards Hindu gods and goddesses on his social media sites, various Hindu organizations called on Monday for the closure of Jagraon and organized a demonstration.

Members of various Hindu political parties and formations gathered in Nalke Wala Chowk in the morning and organized demonstrations throughout the city. They also asked traders to lower their shutters in solidarity and also blocked traffic in the neighborhood.

Tension reigned when the protesters marched towards the office of the Chief Superintendent of Police (SSP, Ludhiana Rural) Gurdial Singh and announced that they were going to gherao the officers and were lathichargÃ© by the cops. The SSP later met with 11 members of the organizations and assured them that the police would arrest the accused soon.

Protesters issued a two-day ultimatum to police for the arrest of the accused and said they would escalate the unrest if their demands were not met.

The FIR was filed on the complaint of Amit Sharma, Secretary General, Hindou Ekta Manch, Jagraon. In her statement, Sharma said former Deputy Chief Minister Sukhbir Singh Badal visited Mata Chintpurni temple in Himachal Pradesh and paid homage during Navratri. However, the newspaper spread the news in derogatory language and used words inappropriate for the Goddess.

Thank you for subscribing to our Daily News Capsule newsletter.

Q&A: Lauren Blackwood, author of “Into These Wicked Walls”