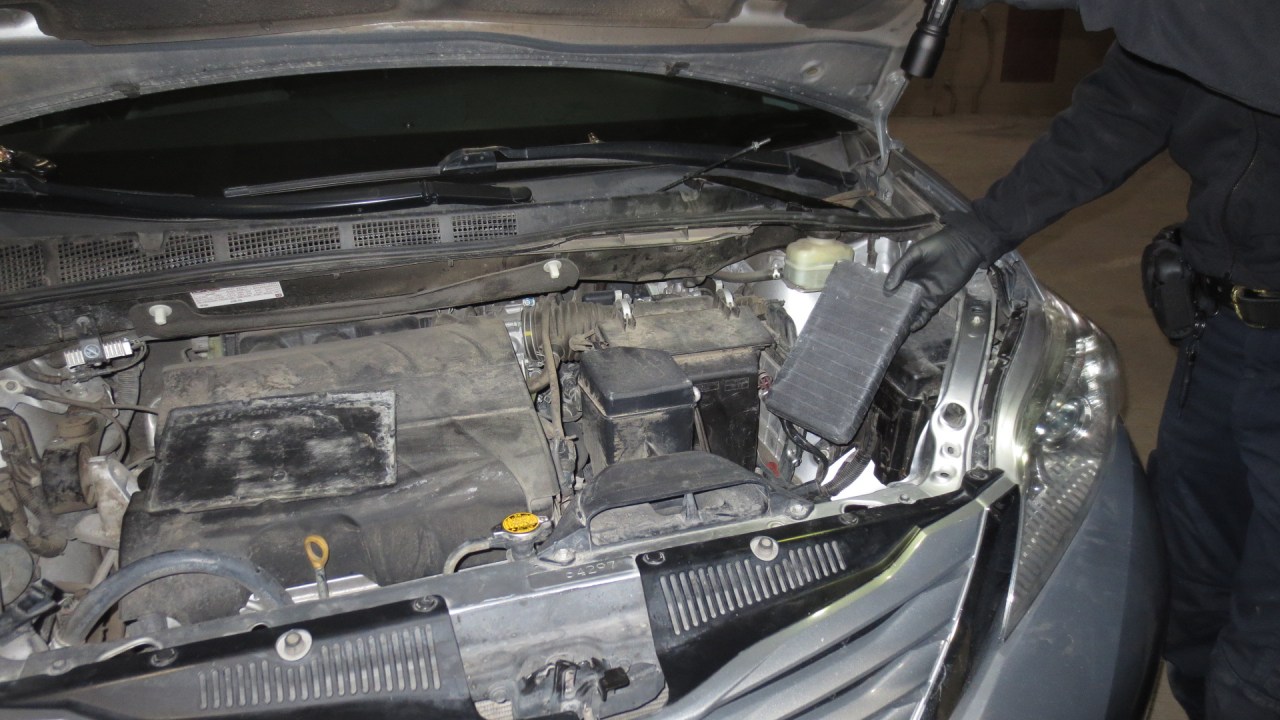 DEA: We’re saving lives in Central America by stopping fentanyl at the border

EL PASO, Texas (Border Report) — El Paso boasts 302 days of sunshine, one of the lowest crime rates in America, and billions of dollars in trade from Mexico each year.

That people elsewhere see this city and other American border towns as war zones confuses residents like Britton Boyd.

“I made El Paso my home. I believe there is a misconception of our community in the national dialogue. Ours is one of the safest and most welcoming communities I’ve been a part of,” says the Assistant Special Agent in Charge of the FBI Criminal Division here. “It’s a great place to live and raise a family.

“El Paso is a geographically unique place. We are just across the border from Juarez, Mexico. We have several interstate highways. You can be anywhere in a day or two. It’s a valuable corridor for criminal networks to funnel their drugs into the United States,” said Greg Mallard, acting special agent in charge of the Drug Enforcement Administration’s El Paso Division.

Drugs – from pressed fentanyl tablets to crystal meth, heroin and powdered cocaine – enter the country in multiple ways. “If you can imagine it, we’ve seen it,” Mallard said. The drugs are hidden in the cargo of commercial trucks, on the door panels of private vehicles, pedestrians hide them in their clothes or stick them on their bodies. Sometimes the couriers are children from Juarez who come to school in El Paso. “If you can imagine it, the cartels will try it,” Mallard said.

In addition to corrupting locals, the cartels also contribute to overdose deaths by associating many illegal drugs with fentanyl.

“I didn’t know I was using fentanyl,” said Mario, a recovering drug addict in El Paso. “What’s happening is they’re cutting everything, all the drugs coming in from Mexico. They’re all cut with fentanyl to make (you) like them harder.

Mario checked himself into a drug treatment center after some of his acquaintances overdosed on fentanyl last year.

Federal agents say fentanyl is cheaper to mass produce than many other illegal drugs.

“Ten years ago many drugs such as opium (poppies) and marijuana were grown in Mexico on a seasonal basis. Once you had the technological advancements of pharmaceuticals […] you now had a much more reliable supply of opioids in the synthetic markets — and that directly correlates to this increase” in opioid consumption in the United States, the FBI’s Boyd said.

Now cartels no longer have to wait to grow plants and extract the opioid. They operate 24/7 synthetic drug labs and make billions of dollars exporting fentanyl and other substances to the United States. They also put communities at risk. Fentanyl pills are lethal from doses of 2 milligrams, depending on your weight and health. At least 40% of the fentanyl DEA seized crossed the border in doses of 2 mg, and some contained up to 5 mg.

Who brings the drugs?

The DEA, FBI, and several other federal and local law enforcement agencies in El Paso use detective work, technology, and informants to track down people who are sending drugs to the United States.

“There are several cartels operating in Ciudad Juarez, and then there are cartel affiliates and there are also freelancers,” Mallard said.

Law enforcement officials on both sides of the border and security analysts who track transnational criminal organizations have identified several groups operating in Juarez whose tentacles often cross the border into El Paso.

These groups use coercion or exploit people’s greed to persuade truckers to let them install hidden compartments in their vehicles, regular commuters to carry “bricks” of drugs inside door panels or under the hoods of car, and men and women from sticking drugs on their bodies. The cartels are also looking to recruit US border agents.

“One of the specific threats we see in the El Paso community is the potential corruption of law enforcement officers in the border region who accept bribes from criminal organizations to allow drug to pass,” Boyd said.

The Department of Justice has pursued several such cases over the past few years.

If the illegal shipment goes undetected and the carrier delivers the product to cartel agents north of the border, the drugs are stored in “safe houses” until the groups compile amounts worthwhile. to be shipped to Dallas, Denver, Chicago, Los Angeles or many other US cities. where the value of illegal substances is skyrocketing.

The DEA and FBI say most of the illegal drugs trafficked through El Paso don’t stay in that community. This is one of the reasons crime rates are low. El Paso County in 2020 reported 42 homicides compared to 1,600 in Juarez across the border.

But the drugs that remain in El Paso lead to addictions and kill. That’s why law enforcement and community organizations are teaming up to reduce addiction rates.

“You cannot control your exit from an epidemic. We can’t just arrest people and think America’s drug use problem is going to go away,” Mallard said. “It is important to publicize the recruitment of young people into the drug trade. If we hit parents and teachers, if we can reach school-aged children, that’s very important.

Visit the BorderReport.com homepage for the latest exclusive stories and breaking news on issues along the U.S.-Mexico border

The other part of the equation is bringing bad actors to justice and seizing as much fentanyl as possible at the border.

“If we can stop it here and catch it here, we save a life in maybe Boston or maybe Chicago,” Mallard said.