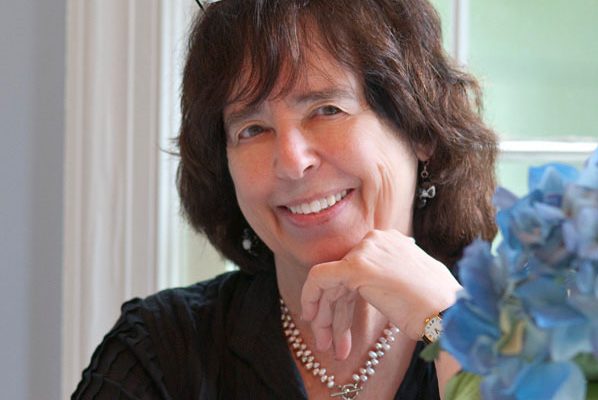 Perlman had the right to celebrate at his Duluth-based home/business. He had just learned that Jane Yolen had won the American Library Association’s Sophie Brody Medal for her achievements in Jewish literature, as evidenced by her collection “Kaddish: Before the Holocaust and After,” published last year by Holy Cow! This is her fourth collection of poetry from Holy Cow! and her 13th book of poems for adult readers.

“This award came as a total surprise to me,” Perlman said in a phone conversation before the official award announcement. “I sent a copy of the book last summer to all 12 members of the judging committee and then kind of forgot about it. All of a sudden, Jane got this message about victory. I couldn’t believe it.

Yolen, 82, published her 400th book last March. She works across genres and has won numerous awards for her children’s books, including one from the University of Minnesota Kerlan Children’s Collection. She is also praised for her fantasy and young adult novels, as well as her poetry for adults.

“Jane has occasionally received a poetry award, but none are as significant as this one,” Perlman says. “She thinks it’s confirmation of her poetry.”

Kaddish is the Jewish prayer for the dead recited in a moment of deep sadness. So it’s an apt title for the 60 poems in this collection that offer a feminist take on biblical themes and figures such as Eve, then morph into poems about the Holocaust and after.

For example, Yolen evokes the memory of Josef Mengele, the doctor who performed cruel medical procedures, in her poem Twin Experiments:

“This book is not for the faint-hearted in that these poems are difficult, devastating, painful, disturbing,” admits Perlman. “I always ask myself, ‘What makes a good poem about something as horrible as the Holocaust?’ One of my jobs was to make sure Jane didn’t overdo it. I had to cut some poems because they were so stark and dark.

Yet “Kaddish” is a necessary reminder of pure evil that must never be forgotten, especially in January, the month of Holocaust Memorial Day.

Perlman’s friendship with Yolen began about ten years ago when she was impressed by the sacred cow! anthology “Beloved of Earth: 150 Poems of Sorrow and Gratitude.” When Perlman called for poems to be published in the anthology “The Heart of All That Is – Reflections on Home,” he said he was “devastated” that a writer as well-known as Yolen would submit works. poems to a small literary group. press in northern Minnesota.

“About a year later, she sent in an idea for a book of poems dedicated to her late husband, David Stemple, who died of cancer,” Perlman recalled. “This book, ‘Things to Say to a Dead Man: Poems at the End of a Marriage and After’ has become a bestseller for us.”

Perlman is grateful that, for some reason, Yolen trusts her with her writing that she cares most about. While working on “Kaddish”, she made him feel like he was part of the editing process.

“I often cried while reading these poems and it is very personal for me,” admits Perlman. “My father was in the medical profession, within the framework of the liberation of Buchenwald (death camp). But the truth must be told. It is a lesson and a warning to us about the cruelty of some governments, especially authoritarian ones.