Jazz at the Port of Edmonds

This Sunday, August 28, at the Mary Lou Block Public Plaza at 450 Admiral Way, there will be a special Sea Notes event.

This Sunday celebrates the culmination of the Summer Jazz Colony program (eight Tuesday clinical sessions and one performance) led by Jake Bergevin and Pete Bennett and many local jazz professionals, clinicians and players. The performance will feature five student/professional combos beginning at 1 p.m. and continuing until 3 p.m. The Jazz Colony program has been around for about 14 years and has been sponsored by the Hazel Miller Foundation, Hubbard Family Foundation, Anthony’s Homeport and other local donors. See the Port of Edmonds Events site for all events. 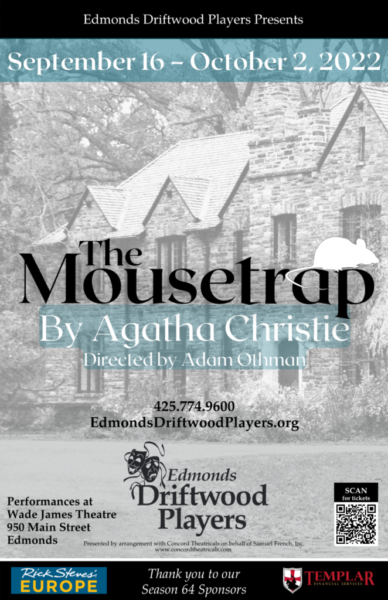 The Mouse Trap – the longest-running play in the world – will run from September 16 to October 2 at the Wade James Theatre. After a local woman is murdered, guests and staff at Monkswell Manor find themselves stranded during a snowstorm. It soon becomes clear that the killer is among them, and the seven strangers grow increasingly suspicious of each other. A police detective, arriving on skis, questions the suspects; the newlyweds who run the house; an old maid with a curious background; an architect who seems better equipped to be a chef; a retired army major; a strange little man who claims his car overturned in a drift; and a lawyer who makes life miserable for everyone. When a second murder takes place, tensions and fears rise. This record-breaking murder mystery features a brilliant surprise finish from Dame Agatha Christie, the greatest mystery writer of her time.

Tickets are $28 general admission, $25 Jr/Sr/Military. Available online or by phone.

Join world-renowned guitarist Pierre Bensusan during his performances Live! Straight from France. After releasing Azwanan album about our unity and interconnectedness in the midst of a unifying global crisis, the French-Algerian acoustic guitar master, singer and songwriter returns to the United States and Canada to complete the second leg of his North American tour of 2022. His first stop is near Lake Forest Park, where he will teach a workshop and then perform a concert on Friday, September 9.

Registration for the workshop for intermediate to advanced guitarists on Thursday, September 8 from 6:30 p.m. to 9:30 p.m.

Concert Friday September 9; address to be communicated when registering. Buy your tickets here.

Author Mary Lou Sanelli will talk about her latest book, All the small thingsThursday, September 15 at 6 p.m. The event will take place in person at the bookstore and will be streamed live on Facebook.

The Cascade Symphony Orchestra has opened subscription sales for the 2022-23 concerts at the Edmonds Center for the Arts.

The opening night is scheduled for Monday, October 24 with a concert titled Symphonic dances and featuring two gifted young pianists, Leonard Zhou and Jeffrey Zhao. It will be followed by the annual Holiday Pops concerts on Sunday 11 and Monday 12 December.

Concerts will follow on Monday January 9, Monday March 6 and Monday May 1. Each of these performances will begin at 7:30 p.m. The annual children’s concert.Ferdinand the Bull, will be presented on Saturday, February 4 at 3 p.m. Children’s concerts and Ensemble are not part of the subscription series and will be billed separately.

Tickets can be purchased online or in person at the Edmonds Center for the Arts. 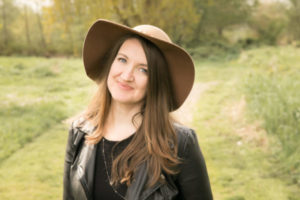 Rachel Gardner genuinely appreciates art in all its forms and believes that everyone is an artist, some don’t know it yet. A dedicated and involved resident of Edmonds, she can often be spotted on stage cracking jokes between sets or in the audience enjoying local live performances. She loves having fun with her art and finding unique ways of expression, like forming a boho-grunge-folk ukulele trio with local Edmonds moms.

Music and Word: The Music of Faith and Hope