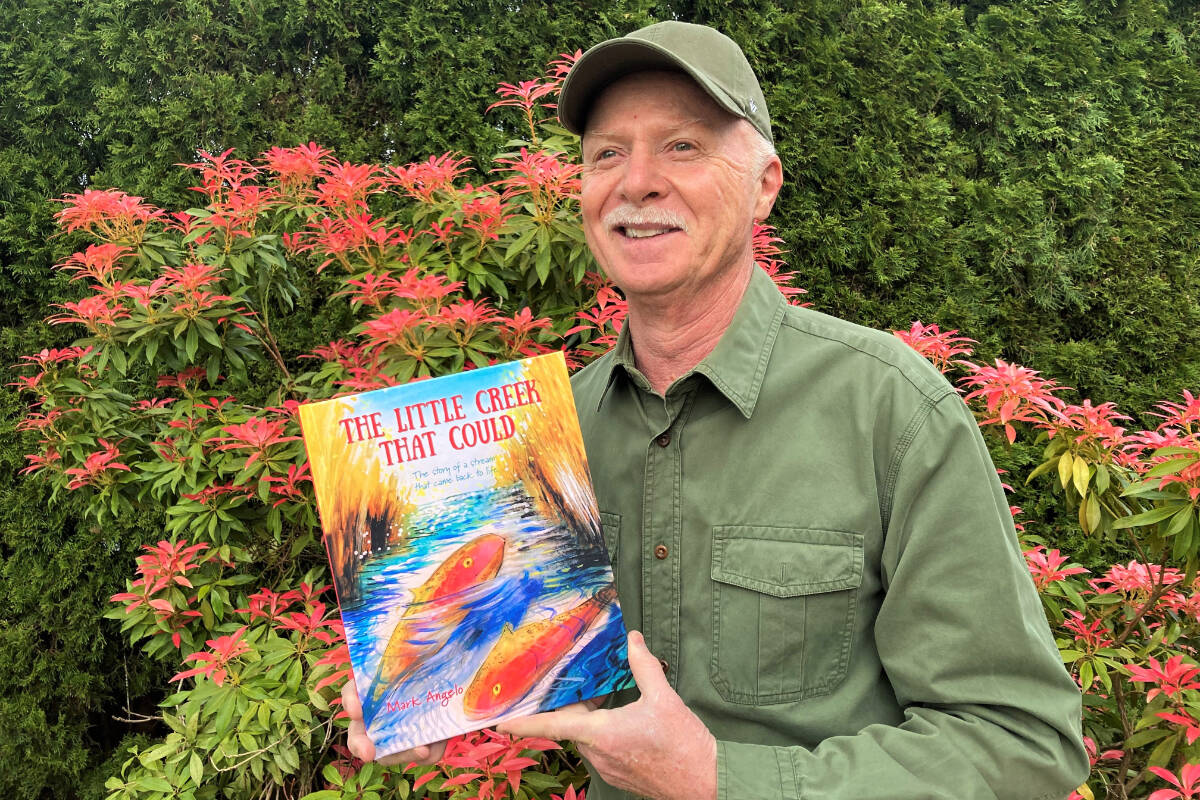 He is also the founder and president of BC Rivers Day and World Rivers Day, which will be celebrated on September 25 by millions of people in nearly 100 countries.

But it is in his capacity as a children’s author that the Burnaby resident will visit the IndigoKids section of Indigo Grandview Corners in South Surrey (2453 161A St.) for a story hour and dedication event, at 1 p.m. September 17.

Inspired by real events, his The little stream that could tells the hopeful and inspiring story of how a badly damaged natural waterway was brought back to life.

In the beautifully illustrated book, a young teacher, whose love for rivers dates back to his childhood, sadly observes that a stream near his school is polluted and lifeless.

Meeting an older gentleman who lived nearby for many years, he learns how beautiful the cove once was. Inspired by these reminiscences, the teacher – together with his colleagues and their students – embarks on a journey to make the stream healthy again.

The narrative is informed by Angelo’s own experiences leading numerous river and stream restoration efforts, including those along Guichon Creek, the “little creek that might.”

“The book tells the true story of our 50-year effort to clean up and restore a once badly damaged local stream and highlights the fact that nature can heal itself, if only given a chance,” Angelo said. , who continues to be a mentor to conservation groups and young people interested in water issues.

“I think this is an important and positive message for children.”

Among his many honours, Angelo is a recipient of the Order of British Columbia and the Order of Canada for his efforts to protect and restore rivers, both locally and around the world.

He is proud to have paddled over 1,000 rivers in over 100 countries – perhaps more than any other individual – and his work has been the subject of several feature films.

More information about Angelo’s book can be found at https://www.thelittlecreekthatcould.com/