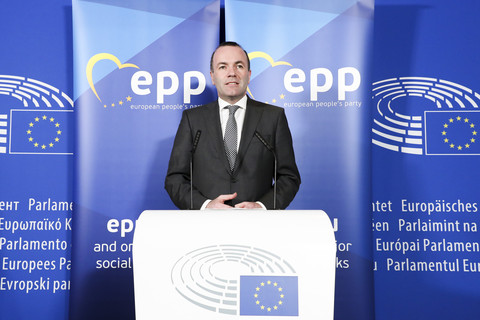 Debates over Christian identity and the use of words like Christmas preoccupied the European Parliament plenary for more than an hour on Wednesday 15 December.

Another MP noted that the debate had shifted another on poverty, energy and inflation.

“We are facing considerable challenges and you decide to make a mountain out of a molehill,” said Swedish Green MP Alice Kuhnke.

“You should talk about the climate crisis, about how we are going to save our planet,” she said, highlighting other issues such as women’s rights, inequalities and poverty.

“Your religions are not in danger and your festive festivities will not be canceled,” said left-wing Spanish MEP Sira Rego.

But Manfred Weber, the leader of the center-right PPE group, still demanded that the identity debate take place.

He claimed that topics like Christmas could no longer be discussed openly, while professing his own Catholic beliefs.

He highlighted churches in European cities, as well as culinary traditions, dance and music as part of his Christian roots.

He said Dalli’s directives had been withdrawn.

“Europe must be a place where respect for others flourishes, where tolerance reigns supreme”, he declared.

Dacian CioloÈ™, the former leader of the liberal group Renew Europe, described Christianity as part of a common cultural heritage.

â€œI don’t need the commission to tell me what to say like, Merry Christmas or what to say around Christmas,â€ he said.

The far right rose up against what it described as a “progressive countercultural regime,” compared the commission to totalitarianism in the past, and lambasted Islam.

“The day has now arrived, it’s the end of Christmas. We will have to save it,” said FranÃ§ois-Xavier Bellamy, French center-right MEP.