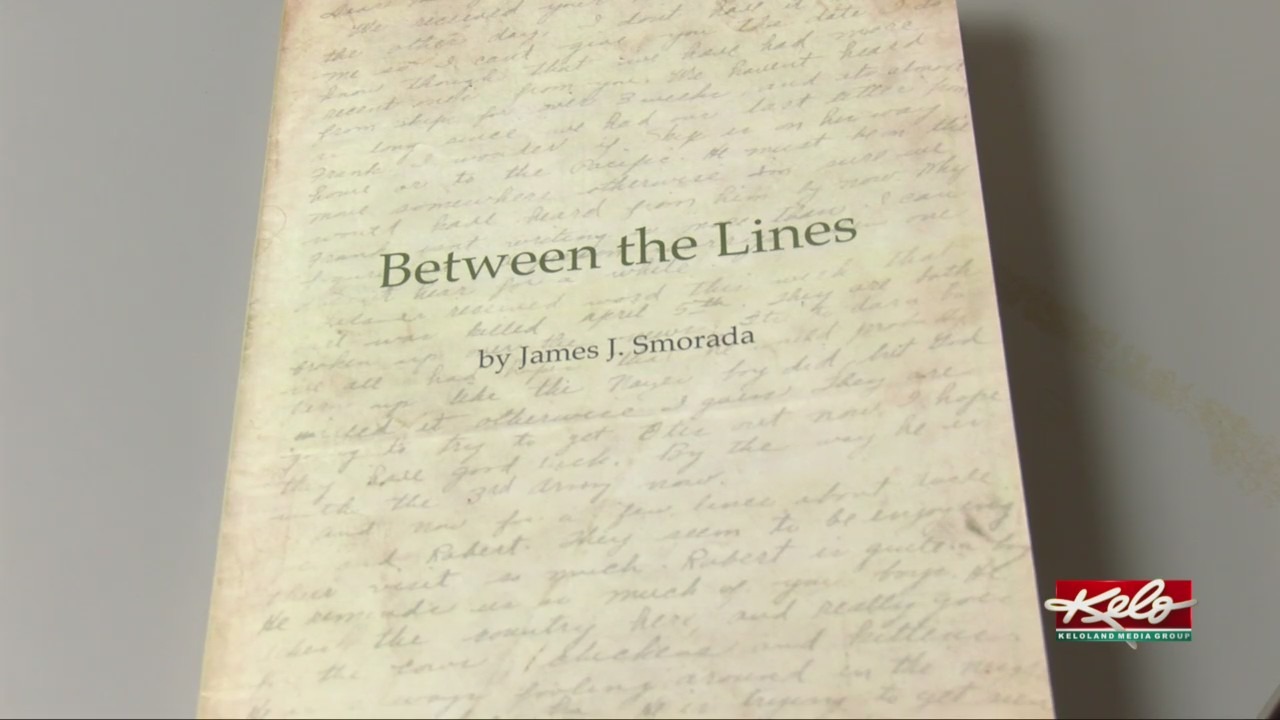 Eye on KELOLAND: Family Memories of an Author

SIOUX FALLS, SD (KELO) – All families have stories. Sometimes they are written down and kept; sometimes information and stories are lost when people die. A writer from Sioux Falls who taught at South Dakota State University worked to preserve these stories in family memory. Jim Smorada wrote “Between the Lines”, but he notes that his composition was not a solo effort.

â€œI did. Well, that’s partly true,â€ Smorada said. â€œMy uncles, my aunts, wrote part of the text because they circulated letters during WWII, I used it, my mom and dad took Kodachrome slides during the story period, 1940, 1945. ”

It focuses on a community just west of Fargo in eastern North Dakota.

“This is a spatially and temporally limited portrait in Fingal, North Dakota, 1940, 1945, WWII, and it is a tale of Austrian immigrant parents who send two of their sons back to Europe to fight the Nazis, â€Smorada said. â€œSo in a way the tension of all of the stories is, ‘I lost my kids, they’re gone, what’s going to happen to them. “”

His parents Gus and Liz Smorada are among the memories.

â€œAnd my feed on that was, these are my uncles, so I’m worried,â€ Smorada said. â€œTwo of them land in Normandy, on the third day, both return home without gunshot wounds. ”

Dan Santella: Is it some kind of love letter?

Phil Sietstra from Sioux Falls who read “Between the Lines” describes himself as a good friend of Smorada.

“It was a really nice way to honor his parents, grandparents, uncles, aunts, all those people who helped raise him, he did a good job of remembering them, whatever something we don’t all get the chance to do, â€Sietstra said. .

Smorada uses an example featuring his grandmother to show how he can share something he hasn’t witnessed.

“She looks at the shelves to see how much sauerkraut she will have to buy from him until June, checking the beets, checking the beans, in other words taking inventory during a time when you can’t go to the store because there -low isn’t it, “said Smorada.” I didn’t see her do that, okay, but so I can tell a reader that this is how she fed the family. , I put together a scene that is most likely true, but I haven’t seen it. ”

Smorada, 78, wrote this because he has the ability.

“Probably because I could, it starts there, I mean I’ve had enough practice to do this a lifetime as an editor, columnist, reporter, reporting, writing a master’s thesis,” Smorada said.

This memory is that of his family, but it is also his.

â€œBetween the Linesâ€ is not unique to him and his family, however.

Ahead of Tuesday’s budget speech in South Dakota

“It’s a shared story, I mean I don’t take it back and say it’s unique and Herculean and wonderful, no, that, everyone around my age has a version of this story. “said Smorada.

Immigrants from small communities in the Midwest have helped shape the past, present and future.

â€œThere are probably stories in a lot of viewers right now that have a parallel,â€ Smorada said.

History can escape if it is not documented.

â€œMy worry is that a lot of people with great stories are going to die because when you’re 77, 78, 79, 80, you don’t have a lot of time to mess around,â€ Smorada said. “And so if there’s this good story in you, which I believe is true for everyone, you had better understand it, and that urgency prompted you to write the book.”

He has some advice for someone his age.

You can purchase the book online at Amazon.com or Barnesandnoble.com. You can also contact Smorada; if you want to contact him, send Dan an email and he can put you in touch.