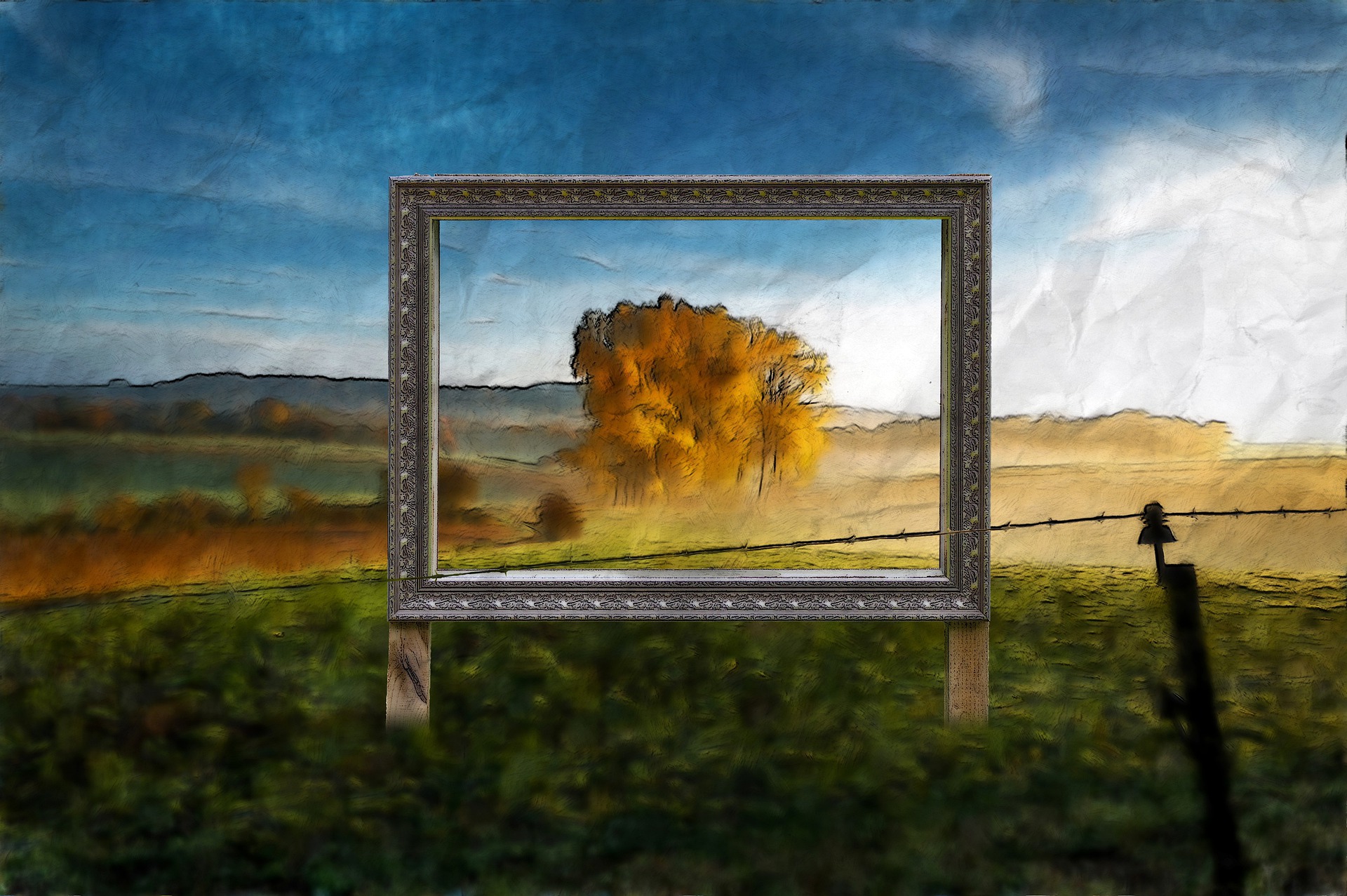 
If newsrooms want climate science skeptics to read and share information about climate change, researcher Renita Coleman recommends that they do so: keep the terms “climate change” and “global warming” out of their cover.

“Research seems to indicate that these are trigger words for skeptics,” says Coleman, a journalism professor at the University of Texas at Austin. “It’s what we discovered that would cause them to stop reading and become instantly hostile, [believing] “Oh, this story is biased or this media organization is biased.”

Coleman is the lead author of a new article that explores strategies to help journalists reach people who distrust science. She and her colleagues conducted an experiment that indicates that small changes in how journalists cover climate change have the potential to cause substantial changes in how skeptics interact with the news.

Coleman says she’s not suggesting journalists take that approach with every story about climate change. But they should consider doing so with some, they and coauthors explain in “Reaching Science Skeptics: How Adaptive Framing of Climate Change Leads to Positive Responses Via Persuasion Knowledge and Perceived Behavioral Control,” published May 19 in Communication Research.

Other researchers who worked on the study are Esther Thorson, a journalism professor at Michigan State University, and Cinthia Jimenez and Kami Vinton, two doctoral students at the University of Texas at Austin.

“It is in no way an ethical violation to say nothing about the causes of climate change,” says Coleman, who before entering academia worked 15 years as a journalist, editor and designer in newspapers and magazines in Florida and North Carolina. . “Every story has things that get left out, right? Leave that once in a while. Not all the time – occasionally.

By making these changes, journalists could encourage many more people to read and share their work, she says.

“It’s important to reach those people we’re not reaching,” she continues. “We’re not going to trick people who don’t believe that climate change is man-made. But we can get them to want to read more information and tell other people about it rather than shutting down.

To investigate the question, Coleman and his fellow researchers recruited a sample of 1,200 American adults and asked them to read a news article about climate change and then answer a series of questions. They ensured that about half of the attendees were climate skeptics.

The sample included people from a variety of demographic backgrounds. Three-quarters were white, 13.1% were black, 4.3% were Hispanic, 1.5% were Asian, and 2.8% identified as “other.” In terms of education, 43% had a high school diploma or less, 30% had completed college, 16% had a bachelor’s degree, and 11% had taken higher-level courses or earned a graduate degree.

The sample also represented different political ideologies. Nearly 37% of participants identified as Democrats, 26.8% were Republicans and 36.7% said they were independents.

The authors recruited participants using Qualtrics, an organization that maintains a pool of people representing various demographics who agreed to complete online surveys. The researchers collected response data from September 23, 2019 to October 2, 2019.

For the experiment, Coleman created four climate change stories based on real media coverage. Participants were randomly assigned to read one of them.

Two of the stories were about high temperatures in Missouri. Two reported ocean flooding in Orange County, California. Each pair of stories was visually similar – for example, the articles were one page long, lacked photographs, and purportedly came from The Associated Press. But they differed in terms of framing and choice of words. One article in each pair blamed climate change and global warming while the other avoided those terms and focused on solutions such as preparing for weather and sea level changes.

The titles of each pair were worded differently:

Experts: Cities in Orange County must accelerate strategies to adapt to ocean encroachment

With drought and heat waves coming, Missouri grapples with the impact of human-caused climate change

Adaptation on the agenda as Missouri grapples with a warmer future

After reading their assigned article, participants answered online questions about the article and their responses. One question, for example, asked participants to rate the extent to which they agreed or disagreed with statements such as “I was annoyed by the story because it seems to be trying to influence the audience” and “With the approach of this story, people can do something to stop damage from [the issue featured in the story].”

Another question asked participants the likelihood that they would take these future actions:

After analyzing the responses, the researchers realized that the framing and language of the news article made a difference. “Removing any reference to the causes of climate change reduced the perception that the stories were trying to manipulate or persuade readers,” they write.

They add that “removing all reference to the causes of climate change and emphasizing adaptive capacity increased the extent to which people saw themselves as effective, responding more positively to ideas of working together to protect us all. and stop the damage, and that adaptation plans can work.”

The authors also note the importance of “emphasizing the word ‘adapt’ and its derivatives, which involves adjusting, modifying, mitigating and revising – all incremental changes that are easier to accomplish than fundamental and transformational change”.

Other researchers have pointed out that the language used by journalists – and the repetition of certain words and phrases – can influence the interpretation of questions by the public. Dietram Scheufele, Taylor-Bascom Chair in Science Communication at the University of Wisconsin-Madison, said in a 2019 interview with The Journalist’s Resource that “journalists have to be very careful, in terms of endorsing a term or the other”.

Scheufele explained that in 2014, White House science adviser John Holdren requested a new term to describe the impact that rising levels of carbon dioxide and other greenhouse gases are having on the planet. Holden had argued that “global climate disruption” captures phenomena more accurately than “global warming” and “climate change”.

Coleman and his colleagues’ work builds on previous research that suggests avoiding the term “climate change” can help generate support for sending humanitarian aid to areas affected by natural disasters. Climate science skeptics who participated in this experiment “reported greater justifications for not helping victims when the disaster was attributed to climate change,” according to the paper, published in the journal Social Psychological and Personality. Science in 2016.

Coleman, Thorson, Jimenez, and Vinton note that their study has several limitations. A big one: Their experiment only had two pairs of stories.

“Climate change has many specific issues and future studies should create and test more stories about different climate topics,” they write.

Also, their findings apply only to the sample of people who participated, not to the American public as a whole.

Even so, says Coleman, the findings offer important insights into how skeptical scientists interact with and interpret media coverage of climate change. Future research, she adds, could examine how skeptics respond to changes in the framing and language of stories on other contested topics.

Coleman and his colleagues experimented with similar changes in vaccine news articles and found that vaccine skeptics reacted to changes similarly to how climate science skeptics reacted to changes in climate change coverage. . The researchers presented their findings at a 2020 Association for Journalism and Mass Communication Education conference.

As researchers continue to investigate these questions, Coleman urges news outlets to think about what they might do to make certain groups feel like they’re trying to pressure their audiences to take a certain position on a question. Not everyone realizes how journalists do their job, she adds.

“We are not [public relations] and we don’t advertise, but it’s not something people always get,” she notes. “We need to think a little more nuanced, if you will, about the kinds of things we do to make people think we’re trying to persuade them when we know we’re not.”

If you’re looking for more help covering climate change, please see our tip sheet on what journalists get wrong and how to do it right and our tip sheet on reporting on extreme weather events.