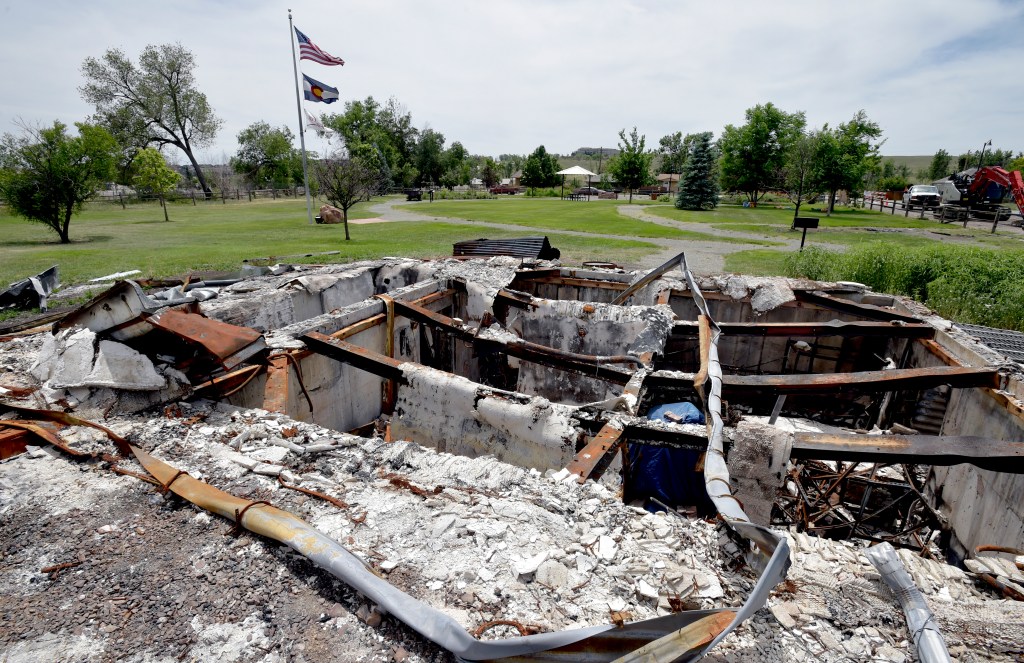 Fire Marshal survivors seem to have learned a lot about the sticky world of home insurance — perhaps some things that could benefit others. Every story about fire recovery in the Daily Camera has referenced the complications and angst of insurance not covering rebuilding costs and insurance companies blocking and obscuring payments.

As an owner who fortunately was not damaged by the fire, I would like to know more details about what has been revealed here. In particular, which insurance companies were helpful and, obviously, which were not. Are there any policy details we should be mindful of in our current coverage? Revealing these details publicly could provide some accountability around companies and help others of us review coverage or change companies. It will also encourage insurance agents to be more transparent in their sales. I’d love to hear details from the survivors of the fires and maybe the Daily Camera can investigate this.

By firing Officer Drew Matthews, the UC Police Department and Chief Doreen Jokerst missed a golden opportunity to demonstrate restorative justice in action. Restorative practices are highlighted on CU’s website as a cornerstone of their code of conduct, but it seems to be mostly lip service.

Should Agent Matthews have been fired? Maybe.

But by firing him before trying any restorative process, the university didn’t really create any change and no healing took place within the community.

What if instead Constable Matthews were asked to observe homeless people, sit face to face, listen to stories and witness the impact of the police on homeless people? Perhaps he could have become an agent of change within the system.

But we will never know.

On the other hand, groups like SAFE Boulder will be emboldened by the false belief that they are making real change and a real difference when in reality they are only doing minor inconvenience to the CU Police Department. Don’t get me wrong, this has now been swept under the rug. No significant policy changes have taken place, and neither will they be.

Punishment is easy, reformation is difficult.

Blowing up a department or doxing individual agents will not result in change. If SAFE Boulder is serious about improving the treatment of homeless people in Boulder, then they need to realize that the police are getting nowhere and that working with them to enact reforms and policy changes is more productive than that. is to fire individual agents.

Going forward, Chief Jokerst should consider implementing a restorative justice action plan when such situations arise. However, I think that’s unlikely because it’s easier to fire the officer and move on to the next one.

Russell Brockmann: West Nile virus: In the absence of human cases, airborne poison should not be used

We had a visit from the poison truck last night. Oh my God, they found a mosquito, that had West Nile virus, so let’s start spreading poison. We’ve all learned a new word lately: Pandemic. Let’s add to our vocabulary: Endemic. It comes from the Greek and means “in the population”. WNV has been present in our population for about 20 years. It is transmitted by mosquitoes and most of you may have already been exposed. Of the exposed humans, 80% had no symptoms and 20% had mild symptoms and might not even have known they had the disease. Less than 1% had serious symptoms. Yes, it may have been very serious, especially in the elderly, weak and immunocompromised. The good news is that exposure seems to grant lifelong immunity.

So why do we keep poisoning ourselves, the bees, the birds, and all the other living things in our neighborhood? COVID damaged my already compromised respiratory system. I would prefer a possibly infected mosquito bite to the certain inhalation of airborne poison. In the past I could request that they at least not spray in front of my address. Last night the smell of poison was in my house before I could close the windows. For the record, yesterday the Colorado Department of Public Health and Environment reported no human cases, no deaths, no neuroinvasive cases and no hospitalizations.

Patrick Smith: Environment: the media must do more to fight climate change

I have been a longtime subscriber.

As a local reader, I am writing to ask you to start publishing regular articles on the climate change emergency.

The climate crisis is a major and ongoing news event – some may say the most important of our times – and yet there is little regular coverage that puts actions in perspective and both reports on the situation in its together (what are our current levels of CO2, what is the current level science says they should be, what our country and others are adding to the atmosphere each year, what are our goals and to what extent we are achieving these goals, what is happening statewide and locally to achieve these goals, what others are doing, etc.) as well as the development of local ideas and activities related to the climate crisis.

I want to see this kind of regular reporting in my newspaper and I ask you to develop it and publish it.

What a seemingly power-hungry visiting scholar, CU chose to be affiliated with the university.

With the January 6 hearings, we apparently see that President Donald Trump wanted John Eastman’s mastermind to help him with his plan to stay in power. Mr. Eastman, I believe, was, more than likely, the author of the crucial letter to the Georgia Department of Justice from the US Department of Justice which, fortunately, was never signed or sent.

I’m a CU alumnus and I’m deeply ashamed that the university has been so tarnished! I think the University should publicly apologize by closing the Benson Center.

So here’s some data on the Brady campaign’s gun lobby to prevent gun violence. Here is how much 10 elected officials received from the NRA:

It seems to me that the shootings are a Republican political choice!

David Dalton, rock writer who lived on the scene, dies at 80