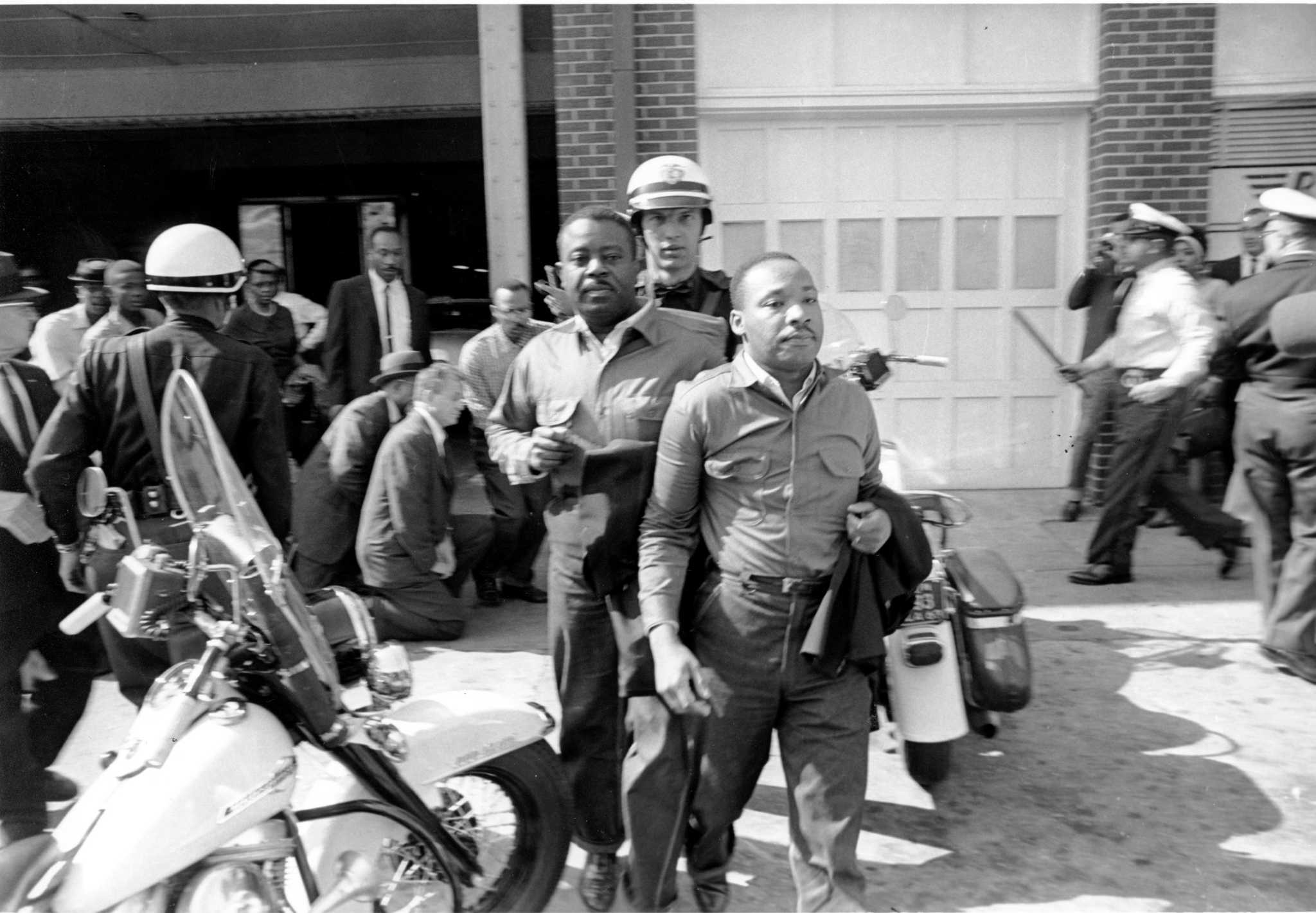 In the face of hatred, MLK’s advice? Love it anyway.

In life and in death, we have known Martin Luther King, Jr. by many titles, official and unofficial. Reverend. Prophet. Author. Radical. Academic. Pacifist.

In the summer of 1957, about 18 months after the success and pivotal Montgomery Bus Boycott, an associate editor of Ebony Magazine approached the 28-year-old King to write a monthly advice column. And for more than a year, he did, answering letters from his office at Dexter Avenue Baptist Church in Montgomery.

A reader asked King if love was really a solution to issues of racism and white supremacy. “Aren’t there times when a man has to get up and fight fire with fire?” asked the reader. “Why don’t you preachers admit that love, in the highest sense of the word, is impractical in today’s world?”

King replied in the November 1957 edition of Ebony: “I am convinced that love is the most enduring power in the world. This is not the expression of an unachievable idealism, but of a practical realism.

In the long run, King said, love manifests and redeems those brave enough to employ it.

On this MLK day, almost exactly 93 years after King was born, the idea that “love” could help us today may seem as impractical as when King said it would be the powerful engine to defeat Jim Crow. . American democracy is under threat – from those who would overturn the election because their candidate did not win and from those who want to make it harder for people to vote.

Some leaders, including many Texans, are working to suppress votes, erode voter protection mechanisms under the guise of vote security, and dilute minority representation.

What can “love” do for us now?

King regularly employed the notion of agape love, a Greek word representing the idea that we can and should love even our adversaries. He wrote, “We love men not because we love them, not because their attitudes and manners attract us, but we love them because God loves them.”

“Avoiding hate” doesn’t necessarily mean that we don’t strive to fight injustice or that we don’t do all we can to confront unequal systems. King is not telling us to accept the status quo. He challenged us to fight nonviolently for a better world without losing sight of the fundamental humanity of our opposition – even if it has lost sight of ours.

Too many politicians and others in America have reduced King’s voluminous legacy to one line in a single speech: “I dream that my four little children will one day live in a nation where they will not be judged by the color of their skin. but by the content of their character. It’s a wonderful and inspiring line, but it’s often used to simplify King’s often profound messages – and when it comes to issues like affirmative action, it’s used to make the case for some kind of of colorblindness without context that he never embraced.

It is more difficult but so important to fully understand its teachings. In that same 1963 “Dream” speech, King said America had “defaulted” on the “promissory note” of the inalienable rights to liberty owed to citizens of color. This long-awaited bill is precisely the kind of injustice that affirmative action seeks to redress.

Progressives are also guilty of sometimes dismissing all of King’s complexity, especially when it comes to his call for love. How can you love someone who strongly opposes progress towards equality? Why spend time looking for the humanity of someone who hates you for being gay, black or female?

The king’s response? We must not let each other down.

This is a message we badly need to hear in 2022, when the dividing lines are so stark.

Refusing to abandon our neighbours, even those who despise us, is hard work. King did not hesitate in the face of this difficulty. Five months before his assassination in Memphis, King wrote down his convictions in his now famous Letter from Birmingham Jail. “We don’t need to imitate the ‘do nothing’ of complacent, or the hatred and desperation of black nationalists. For there is the most excellent way of love and nonviolent protest. King was never passive, but always loving. Agape love does not mean backing down, but it does mean staying at the table and not giving up.

Our myriad troubles this year, nearly 54 years after King’s death, provide us with plenty of opportunities to seek out that mix of firmness and respect, protest and love. In the face of Cy-Fair ISD administrator Scott Henry’s distressing insinuations about black teachers, we can frame the rejection of his rhetoric in the need to show support for educators of color. It is possible, and essential, to fight excessive book bans in our schools by centering the need for diverse representation and understanding of our children – and to do so without demonizing parents who oppose it.

In his letter from prison, King wrote that those who fight injustice nonviolently deserve praise, not scorn. We can remember their example and do the same in our time. When presented with opportunities to rage and denigrate, we can instead choose to listen and engage.

On this day of Martin Luther King, Jr., with a pandemic still raging, elections looming, and democratic structures strained, we could all be well served by reflecting on King’s example of agape love. In our time as in his, not losing sight of the humanity of our adversaries is the key to victory and peace.