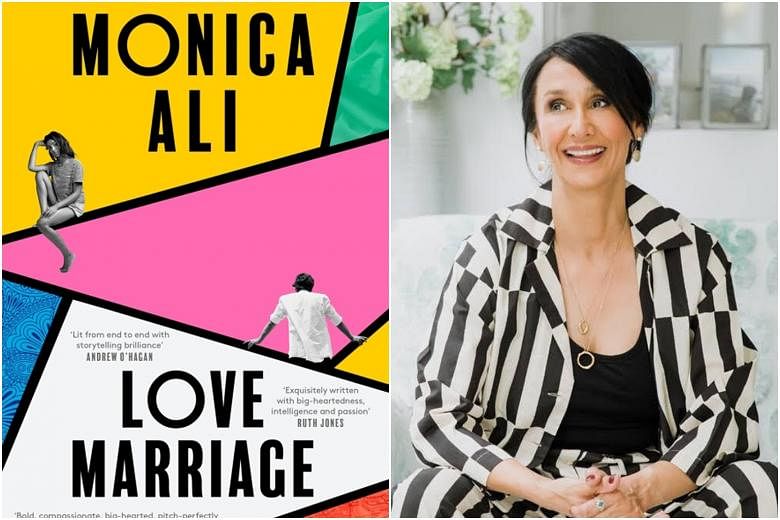 SINGAPORE — It’s been more than a decade since British novelist Monica Ali, best known for her 2003 debut Brick Lane, last published a novel.

Between books, she was raising two kids, volunteering, and trying her hand at screenwriting. But for a time after her last novel, Untold Story (2011), she was also depressed.

“There was a period when I just lost all confidence as a writer,” Ali, 54, said on Zoom from his home in London.

“I just stopped writing. And then when I wasn’t writing, I got depressed and the depression made me lose confidence even more. It was a downward spiral, in that sense. But I m got out.”

The new novel, Love Marriage, took Ali four years. She is also adapting it for a television series with the production company New Pictures, in development with the BBC.

In the story, set in London after the Brexit vote, young doctor Yasmin Ghorami is engaged to fellow doctor Joe Sangster and their parents are about to meet for the first time.

The Ghoramis are a family of primitive immigrants, while Harriet, Joe’s single mother, is an outlandish feminist author who posed nude in her youth. But the romantic comedy of the opening quickly gives way to unexpected twists.

Yasmin makes assumptions about the people around her, but is often wrong. Harriet, who is well-meaning but a little intrusive, also comes across as a modern-day Jane Austen character.

Ali is a fan of Austen’s novels. Her favorite is Emma because “she’s the funniest”.

Sex – infidelity, sexual revenge, sexual addiction and violence – is a big part of marriage love. In the Ghorami household, gender is never mentioned – at least that’s what readers are told at the start of the novel.

When asked if we talked about sex at home when she was growing up, Ali laughed. ” You’re kidding ? No never.

Ali was born in Dhaka to a Bengali father and an English mother. She moved to Britain when she was three and studied politics, philosophy and economics at Oxford University.

She is married to management consultant Simon Torrance. Their daughter Shumi, 21, and son Felix, 22, are now at university.

She made waves with her debut bestseller Brick Lane (Buy Here, Borrow Here), about a Bangladeshi teenager who moves to London after an arranged marriage to an older man. It was nominated for the 2003 Man Booker Prize and made into a film.

Her next three books, however, met with mixed reviews. They are Alentejo Blue (2006), located in a Portuguese village; In The Kitchen (2009), about a chef in a London hotel; and Untold Story, which imagines what happens after a character looking a lot like Princess Diana fakes her death and escapes to America.

One reviewer, whom Ali still quotes today, said Untold Story felt like “a curious marriage of author and subject”. Another called it “baffling”.

Ali looks uncomfortable when asked if his “downward spiral” was triggered by the response to his latest book, as some media outlets have suggested. “I don’t think that’s the right way to describe it. It’s complicated.”

The problem took her years of therapy to unravel. “I think what was difficult was my perception, whether right or wrong, that my authenticity was being questioned.

“I get this question very often – ‘Are you trying to get away from Brick Lane?’ And what would that mean – if I tried to distance myself from my ethnicity or my skin color? That’s a weird question, and quite insulting when you really think about it.”

“I think that happens with writers of color. To be ‘authentic’, people have very particular expectations of what those voices should say or write. That means you’re not credited with imagination, with creativity, intelligence or research ability.”

One thing that was good for her mental health was learning screenwriting, which she started seven years ago. It rekindled the joy of writing. She also practiced Vedic meditation.

“I’m neither,” she says of her Bangladeshi and English heritage. “I am both.”

Review: A thoughtful look at health care in America from a writer who was both patient and caregiver | book reviews