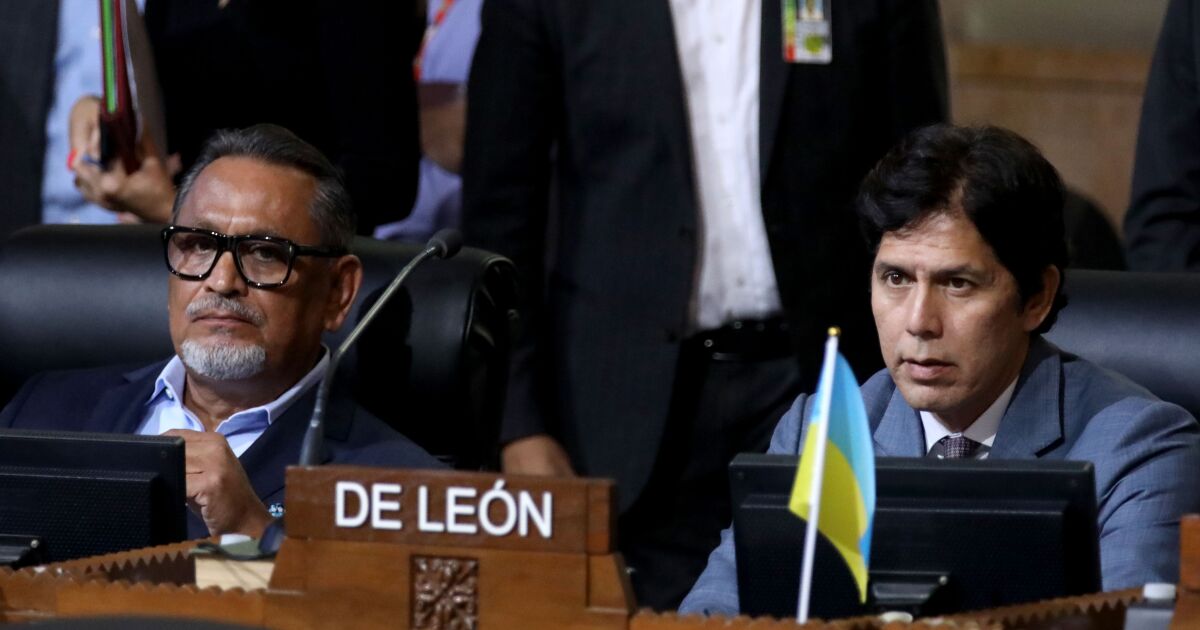 Kevin de León and Gil Cedillo, why didn’t you resign?

Their behavior since the leaked recording was reported tells us everything we need to know about them as city leaders and as citizens. Doing the right thing just isn’t in their textbooks. Ashamed.

For the editor: The Times editorial board’s call for Cedillo and De León to finally quit is pretty naïve, because as you pointed out, they have a whopping annual salary of $229,000 (plus about $80,000 in benefits, according to Clear California).

Quitting now will cost them future income. How much would it take for you to sit in a corner with a dunce cap until you were eliminated?

For the editor: LA needs a mechanism for a city council member to call for a vote of confidence among voters in a district, bypassing the gathering of petitions for a recall.

Who knows? De León could win the vote. I wouldn’t vote for him, but I’d be happier than if he quit because of an angry mob.

As for Cedillo, be patient. He has already lost his re-election and will be gone in less than two months.

For the editor: Much attention is given to everyone’s racist slurs and attitudes on this tape, but I can’t help but wonder about the motives behind the release of this year-old tape just before the mid-elections. -mandate, turnout being so important to Democrats. and to democracy.

I think the intentions were malignant – to make undecided voters give up on everyone and undermine LA union-backed candidates, just as the unions are showing some strength against Amazon, Starbucks and the like.

Another tragedy is that the LA Times letterwriters’ brilliant suggestions for reform could get lost and never be addressed – in particular, the suggestion that underrepresentation is the root of the problem, that by increasing the number of board members, the choices would be this won’t be such a zero-sum game. This idea seems so logical and so simple.