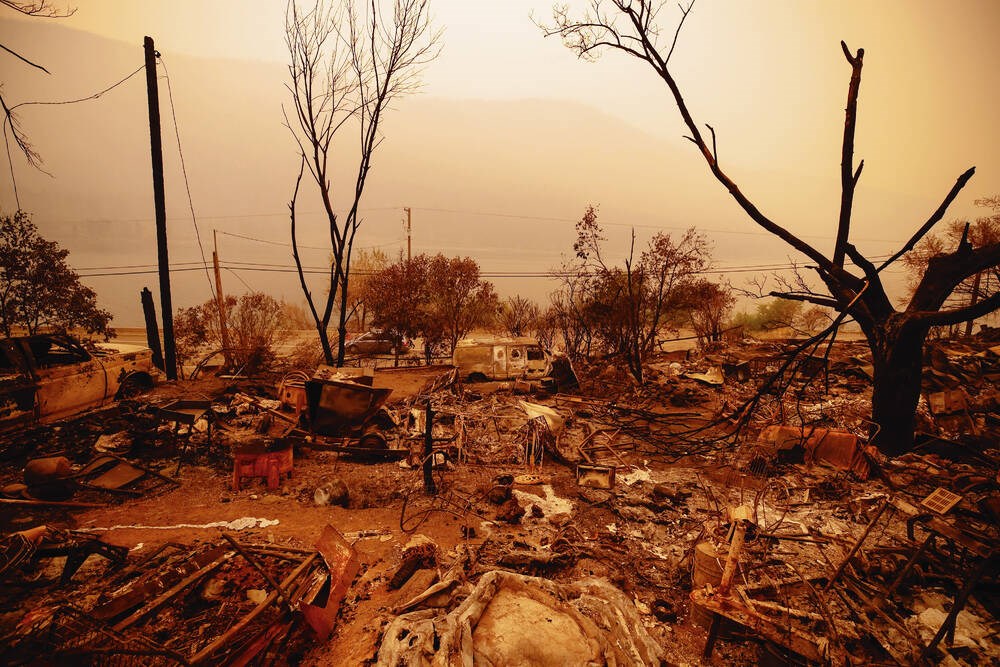 In 2021, we have witnessed floods and fires of biblical proportions and a world in the grip of COVID.

It made me realize that in this life all that we are assured of is the present.

With that in mind, if there is something important that you would like to do or say to someone special, now is always the best time to say it.

We wish everyone a brighter and safer year 2022.

Why bother with the study if the answers are known?

Re: “Why is the province ignoring Victoria and Saanich? »Commentary, January 5.

The president of Amalgamation Yes writes to implore the province to fund a study exploring a potential merger between Saanich and Victoria.

And yet, it is clear that Amalgamation Yes already has all the answers and that a study is unnecessary. Is anyone else confused?

There is a better way to get rid of bodies

Finally, a famous and revered Nobel Laureate, Bishop Desmond Tutu, took the lead in choosing alkaline hydrolysis as the preferred method of body removal, instead of cremation, as it has 95% less effect on the environment.

Why has this choice, which shows real environmental leadership, not received more coverage in our media, especially by those who say they are focused on ways to reduce carbon emissions?

The effect of the most popular method, cremation, on the atmosphere has been overlooked in discussions of air pollution. Politicians in British Columbia have remained deaf to calls for changes to the law, which now prohibits the use of aquamation / alkaline hydrolysis.

Three other provinces and many states / countries allow this method, but “Green British Columbia” still prevents people from choosing this option.

This method would not infringe anyone else’s rights, increase taxes, or affect anyone except the user, so for what reasons is it prohibited?

It seems that I can refuse a vaccine, but I have no right to refuse to burn or bury the remains of my body, despite there being a more acceptable method.

We are all responsible for public safety

Re: “Look both ways before crossing the road”, letter of 23 December.

These tips apply to both pedestrians and drivers. I know from personal experience and from my involvement in both roles, driver and pedestrian, that it is important to be aware, alert and responsible anywhere on the road.

Especially near crosswalks and intersections where pedestrians abound.

There’s no point in playing the blame game, but can’t we all be careful? It is true that as pedestrians we need to be visible and look from both sides, but drivers must also do the same.

Several times, as a pedestrian, I have had close contact with unconscious drivers who are not paying attention and cannot see what is right in front of them.

Let’s all share the road, slow down in any weather, and stop the stupid texting behavior while driving. This is a whole different subject, but one which certainly contributes to unnecessary accidents.

Stay safe, look around, slow down and enjoy your life.

In the end, don’t trust anyone on the road

As a retired HandyDART driver for over 30 years, I agree with the recent letter regarding looking both ways before crossing streets and you should never be run over by a car. should never be used while driving, nor should they be used by a pedestrian or cyclist when approaching and crossing a street.

Lives are precious and everyone is responsible for theirs. Parents have a responsibility to teach their children to look both ways when doing anything near a road or highway because, as one writer said, it is a heavy burden. machine running on the road.

I learned not to trust drivers, cyclists or pedestrians, and luckily I retired with a clear conscience.

What exactly is the new direction in which Saanich is heading? Former CAO Paul Thorkelsson stepped down from Saanich at the end of November on recommended severance pay of nearly $ 580,000 for undisclosed reasons.

According to Mayor Fred Haynes, such human resource matters are highly confidential and private.

I would say that a severance package of over half a million dollars of taxpayer dollars requires a little more transparency than a nebulous reference to a change in the direction of the board.

The article explains the new name for the mutant COVID-19 virus, but not the letters themselves.

The Greek alphabet uses two letters or phonemes “O”. One “O” is short or small, the other long or large. As a result, the first is called “micro O”, the second “mega O”. And so “O-micro-n” and “O-mega” are in use.

We can well hope that this virus will never mutate and will pass from the 15th letter Omicron to the last, 24th, letter of the Greek alphabet, an “Omega” variant.

The medical system must be improved

Lack of accessibility to timely and appropriate medical care is a crisis in this province. It is no secret. We have all experienced it personally or know someone who has.

It is not due to a lack of effort, intention or will on the part of doctors in British Columbia. They do Herculean work and are tapped.

COVID-19 also cannot be blamed, although the pandemic has taken a bad situation and made it exponentially worse.

I put the blame and therefore the solution at the feet of the federal and provincial governments whose regulations, regulations and policies are causing physician shortages and forcing the creation of unnecessary practices, such as mandatory physician appointments for refills. routine prescriptions that only stifle availability and access further.

We don’t have enough doctors. The doctors we have cannot work with maximum efficiency due to limitations in their flexibility and freedom to provide medical services in the most efficient way possible.

This is a worthwhile expenditure of our taxpayers’ money. There are so many other public funding priorities that don’t even come close to the benefits it would have for everyone. People are suffering.

How do we as a group lobby where the pressure is needed to bring about change? It cannot continue.

Remember the story, don’t rewrite it

It was touching to read the letters and commentaries on Old Town preservation from the Royal BC Museum.

The letters expressed how well the exhibits were enjoyed by those who attended and convincing arguments were made regarding the postponement of the closure and destruction of the exhibits on the third floor until a plan was adopted. to rewrite our history.

Unfortunately, these remarks will not be taken into account as we live in times of extreme political correctness. Woke is the badge of the politically correct crowd, and their sense of intellectual superiority leaves no room for other views or accepting history, warts and everything.

I once visited the Holocaust Memorial Museum in Washington, DC

As I walked in I encountered a stern woman in a drab brown suit who ordered me to go to the wall and take an ID card from the slotted display.

The photos on the ID cards were of people murdered in the Holocaust. This meeting amplified the experience in which I embarked.

I won’t forget that, and neither do we have to rewrite our history.

SEND US YOUR LETTERS

• Submissions should not exceed 250 words; subject to editing for length and clarity. Provide your contact details; it will not be published. Avoid sending your letter as an e-mail attachment.