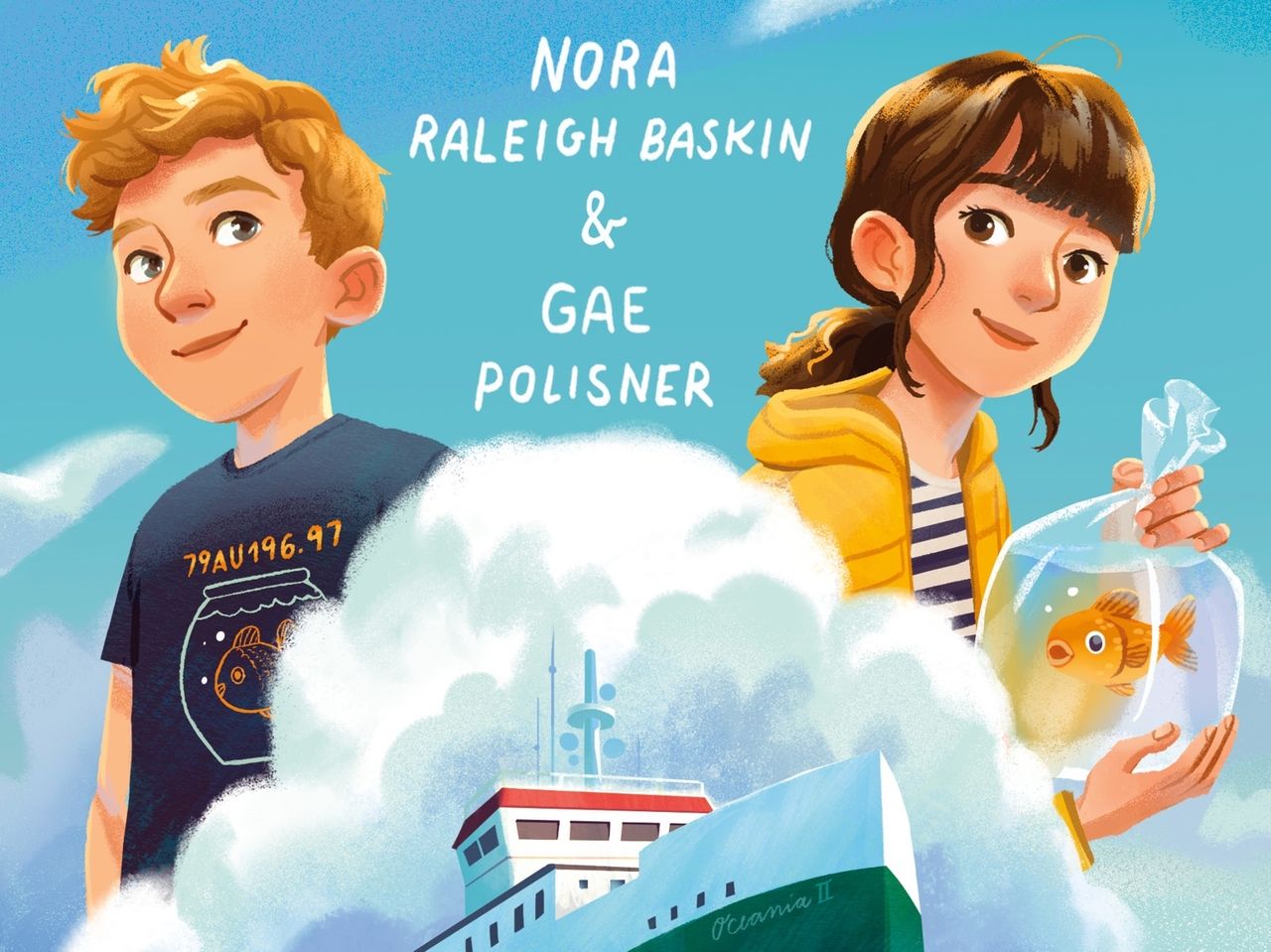 That’s because Jeremy is the main character in his seventh book – a mid-level comedy titled “Consider the Octopus” set on a research vessel stationed at the Great Pacific Garbage Patch floating in the Pacific Ocean.

Jeremy, a class clown with no academic focus, is forced to spend the summer before seventh grade aboard the Oceania II because his mother is a scientist working on the ship. “This is the last place on Earth he wants to be,” Polisner says.

A prank ensues when Jeremy, in charge of sending out email invitations to a world summit aboard the ship, thinks he is sending an email invitation to a Monterey Bay Aquarium scientist named Sidney Miller, but accidentally sends it to a 12-year-old girl named Sidney Miller who uses an Octopus avatar and hosts a podcast that no one listens to. When she shows up, hilarity follows. “He hides the girl until the climax when she’s discovered,” Polisner says.

As part of the book’s April launch (Henry Holt/Macmillan, $16.99), Polisner tweeted daily from Jeremy, and readers can tweet him at @jbbarnescto.

Polisner also encourages readers to get involved in protecting Long Island’s waters and is hosting a beach cleanup from 9 a.m. to 11 a.m. May 14 at Sunken Meadow State Park Field 1 in conjunction with the Atlantic Marine Conservation Society, a Westhampton Beach-based group that promotes marine conservation islandwide through education, research and response. The back of the book has three pages of resources on how children can get involved.

Polisner and his co-author, Connecticut writer Nora Raleigh Baskin (who tweets as Sidney on @millysidner), were inspired to write a book on ocean protection after hearing an NPR broadcast about the Great Pacific Garbage Patch and realized how little they knew about it, Polisner said.

“We thought it was this island of garbage that you could literally stand on,” Polisner says. “As adults who didn’t really understand the plastic problem in the ocean, we thought the kids wouldn’t really know.”

The garbage patch in the North Pacific Ocean is twice the size of the state of Texas; trash accumulates due to the wind and current system, and plastics break down into small pieces that harm birds, fish and sea turtles.

“These microplastics eventually find their way into the soil and into our food,” says Polisner. “I didn’t know any of this before I wrote the book.”

Lindsey Reisz, AMSEAS Education Coordinator, applauded the book’s mission. “I think a book like this draws attention to the issue and the ways people can get involved and make a difference,” Reisz says.