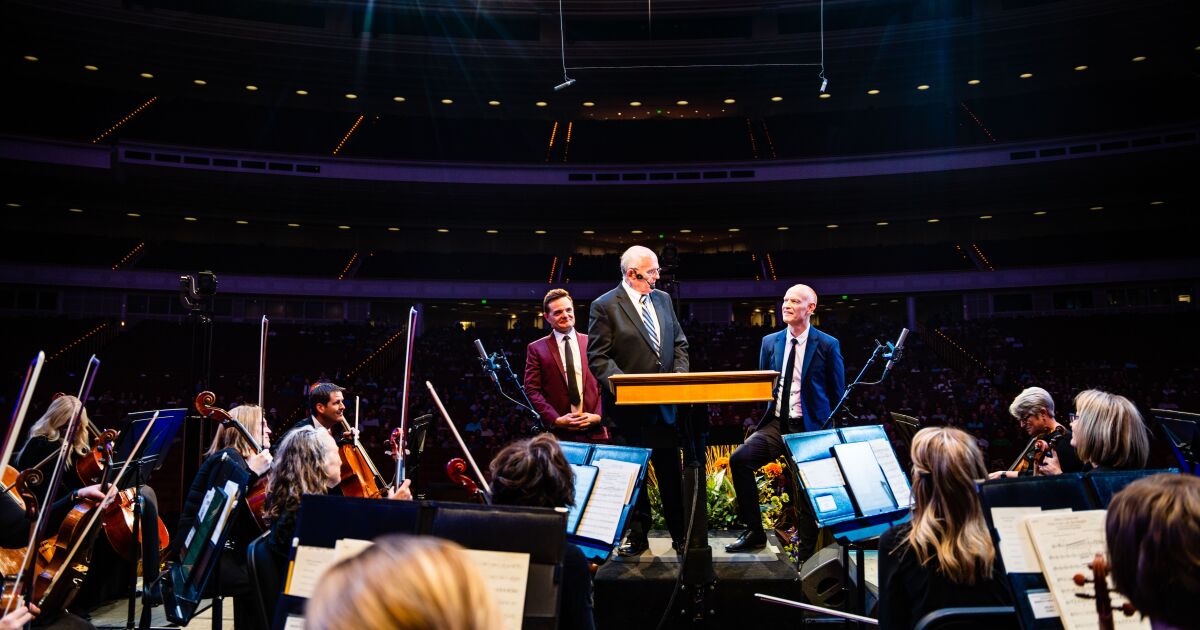 Music and Word: The Music of Faith and Hope

Editor’s Note: “The Spoken Word” is shared by Lloyd Newell each Sunday on the Tabernacle Choir’s weekly show in Temple Square. This will be given on Sunday August 28 with Jon Schmidt and Steven Sharp Nelson of the Piano Guys.

Over ten years ago, friends got together to make music. They called it “an experiment in a new way of visually producing music”. (See Steven Sharp Nelson, in Esther Basha, “The Piano Guys — from YouTube to World Tour,” Piano Performer Magazine, June 22, 2018, magazine.pianoperformers.org.)

It started small but has now grown unexpectedly as these friends have performed together around the world, and their YouTube videos have over two billion views and millions of subscribers. These friends are known as the Piano Guys, and their music, also unexpectedly, blends modern and classical music in what could be described as a beautiful conversation between a piano and a cello.

Steven Sharp Nelson: During the first video shoots, we had no idea what we were doing. It was like lights, a camera, act like you know what you’re doing. But it is the miracle of finding yourself in the work that God asks you to do. We have learned that he can do so much more than us.

Lloyd D. Newell: But these friends want to do more than entertain and have fun. They want to help people, inspire them and encourage them.

Jon Schmidt: We read these comments coming in and people say the music comforts them or inspires them or gives them hope. And then you think, ‘What does God want us to do with this?’ And that takes on an aspect of appeal.

Lloyd D. Newell: It is not so different, in fact, from the mission of the Tabernacle Choir. The styles may be somewhat different, but the inspiration—the “spiritual call”—is the same: a desire to bless and uplift people with the power of beautiful music.

Jon Schmidt: We pray before our shows, we pray before we write, we pray when we encounter problems. And we just pray that God might use us and might work through our talents. And it’s the best feeling to feel that prayer is answered.

Lloyd D. Newell: Composer Oscar Hammerstein once said, “It is a modern tragedy that despair has so many spokespersons, and hope [has] so little” (In Edward R. Murrow’s “This I Believe” radio program, Jan. 1, 1951, prx.org). The Piano Guys want to be spokespersons for hope.

Steven Sharp Nelson: Hope is powerful. Sometimes I doubted myself so much that nothing could help me except the power of Him who descended below all things to lift us up. Jesus is my hope. I hope this is the feeling people get the most when they listen to or watch the music He has given us.

“Music & the Spoken Word” is available on KSL-TV, KSL Radio 1160AM/102.7FM, KSL.com, BYUtv, BYUradio, Dish and DirectTV, SiriusXM Radio (Ch. 143), le tabernaclechoir.org, youtube . com/TheTabernacleChoir and Amazon Alexa (must enable skill). The program is broadcast live on Sundays at 9:30 a.m. on several of these outlets. See airing information by state and city at musicandthespokenword.com/viewers-listeners/airing-schedules.