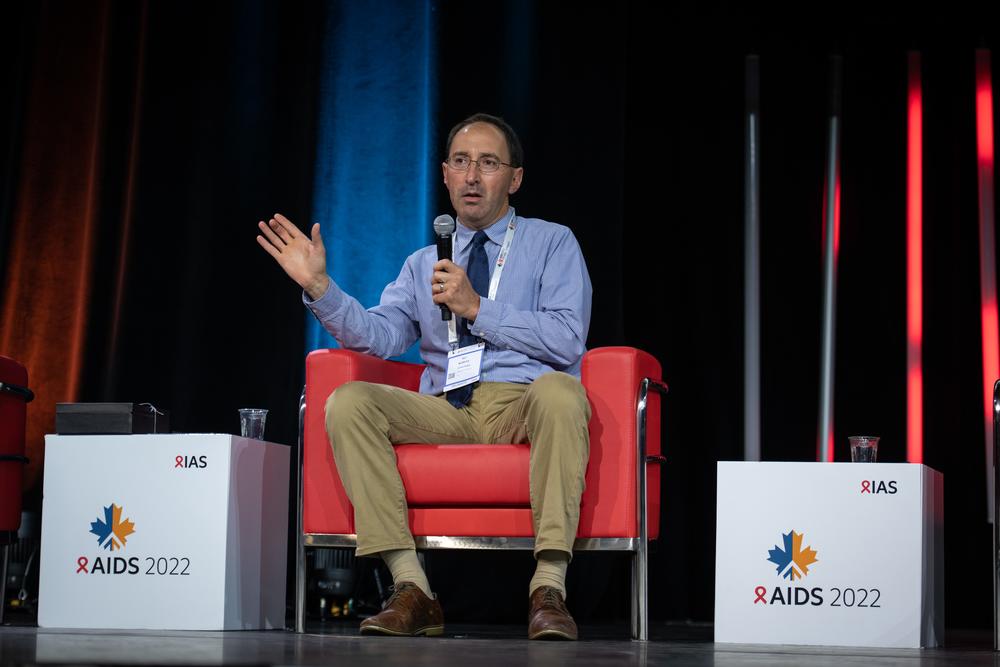 The International AIDS Conference in Montreal learned on Friday that, for the first time, scientists have developed a sensitive genetic test that can specifically detect the small subset of “reservoir” cells that harbor silent HIV infection. using nanotechnology to detect their distinct genetic signature.

“The holy grail of HIV cure research is finding a biomarker for the reservoir,” Professor Sharon Lewin, president-elect of the International AIDS Society, told a news conference. This study is an important step towards finding such a biomarker, she said.

Dr Eli Boritz of the US National Institute of Allergy and Infectious Diseases Vaccine Research Center told the 24e International AIDS Conference that what makes HIV infection permanent is that the virus hides where it cannot be seen by the immune system – by inserting its genes into our own DNA inside a small minority of cells that make up our immune system.

In an untreated infection, HIV proliferates throughout the immune system, commandeering its T cells to manufacture new virus particles and in the process inflicting fatal damage on the immune system by killing CD4 T cells, which coordinate cellular immunity. . But a small amount of HIV is sequestered inside inactive T cells, which send no signal of its presence.

Antiretroviral therapy (ART) stops viral proliferation but cannot reach hidden viral DNA or kill the cells that contain it. They persist – ready to activate and start producing new viruses if ART is stopped.

A key part of most HIV cure strategies is therefore to find these reservoir cells and either kill them with supercharged immune therapies or silence them forever.

The problem is that we know the reservoir exists. But we don’t know what cells make it up, where they are, and whether they are different in different people. We don’t have tools that can reliably identify them – and therefore target them with therapies. We don’t know if they have any particular characteristics that cause them to go into a quiescent state and hide the virus, or if they’re particularly susceptible to HIV in the first place. And we don’t know how to selectively reactivate them in the presence of ART, or how they reactivate them, and how to shut them down, in its absence.

This invisibility of reservoir cells makes curing HIV even more difficult than using similar cell-targeting therapies to cure cancer. Cancer cells have many epitopes – the characteristic cell markers that alert an immune response – and can therefore be targeted by immunotherapies. With HIV, it is a much more difficult task.

“We don’t know which cells make up the reservoir, where they are, and whether they are different in different people.”

Certain characteristics of cells make them more likely to be or become reservoir cells. For example, there is a cell surface molecule called CD27. Its presence allows T cells to become immunologically active and “remember” characteristics of viruses, while its absence on similar cells indicates that they have done the job and become quiescent. Thus, 90% of integrated HIV DNA resides inside CD27-positive cells. But most of these elements are degraded and mutated in the process of integration. The majority of intact HIV DNA – DNA capable of making whole new viruses – is found inside CD27 negative cells, as they have the unusual characteristic of shutting down as soon as they are infected and thus perpetuating their infection.

The same is true for other cell markers. Reservoir cells tend to be enriched in the CXCR4 co-receptor of HIV infection, as this is the one that allows infection with the T-tropic virus – the type that tends to occur in chronic infections. And reservoir cells, unsurprisingly, display increased susceptibility to HIV compared to other cells if they are awakened from their resting state.

The problem is that reservoir cells containing intact viral DNA are very rare – sometimes only one in a million T cells – so the majority of cells with these reservoir cell characteristics will not, in fact, be part of the reservoir. of HIV.

The only way to detect reservoir cells is to directly detect their hidden HIV DNA. To, literally, illuminate it.

The FIND-seq assay involves several steps, each involving the transport and sorting of individual cells through tiny channels considerably thinner than a hair.

T cells are taken from the blood of HIV-positive people on ART, encased in individual ‘nano-capsules’ made of oil droplets with a gel skin, and transported along the tubes.

The T cell memory subset is first separated using their cell surface characteristics. They are then “interrogated”, that is to say stimulated so that they produce lengths of RNA specific to the genome of their owner. Re-encapsulated, they are then passed through a laser beam whose signal alerts the system to unexpected lengths of viral DNA and sends the cells containing them to separate laboratory dishes.

Using this technique, the researchers first constructed a general map of genes that were exceptionally active or inactive. They compared the genes of cells that contained intact HIV DNA to those that did not. Most “HIV-positive” memory T cells had quite distinct genetic signatures from those that did not contain HIV. In particular, many genes that were active in cells that lacked HIV were turned off in cells that did. These included genes regulating the programmed death of cells and those preventing them from proliferating. This indicated that these cells might have the properties suitable for HIV latency.

But a subset of cells had overall genetic activity that did not correlate with the presence or absence of HIV. The researchers therefore carried out an iterative series of experiments to determine whether particular combinations or “modules” of genes were correlated with cellular HIV infection.

They found two, one consisting of 60 genes and the other consisting of 85 genes – out of thousands of genes inspected for the first time – that were strongly correlated with intact HIV infection.

Narrowing them down again, they found four genes associated with HIV infection that governed the downregulation of gene transcription – in other words, genes that told other genes to turn off. . Another five kept cells in an inactive state, making sure they didn’t start to differentiate too easily, which would shorten their lives.

The “HIV reservoir” is a group of cells that are infected with HIV but have not produced new HIV (the latent stage of infection) for several months or years. Latent HIV reservoirs are established during the earliest stage of HIV infection. Although antiretroviral therapy can reduce the level of HIV in the blood to an undetectable level, latent reservoirs of HIV continue to survive (a phenomenon called residual inflammation). Latently infected cells can be awakened to begin actively reproducing HIV virions if antiretroviral therapy is stopped.

The body’s mechanisms for fighting infections and eradicating dysfunctional cells.

A test used to measure something.

To eliminate a disease or condition in an individual, or to restore health completely. Finding a cure for HIV infection is one of the ultimate long-term goals of research today. It refers to a strategy or strategies that would eliminate HIV from a person’s body or permanently control the virus and render it unable to cause disease. A “sterilizing” cure would completely eliminate the virus. A “working” cure would suppress the HIV viral load, keeping it below the level of detection without the use of ART. The virus would not be eliminated from the body but would be effectively controlled and prevented from causing any disease.

Three were responsible for turning off genes once a cell had done genetic work – suggesting that these were exactly the ones that turned cells into reservoir cells once they went through the HIV integration process . These genes exist primarily to protect cells from virus-induced toxic processes that could damage them. In other words, HIV can take advantage of genetic processes that have been developed to limit viral damage. And several other genes have directly contributed to the repair of nuclear and mitochondrial DNA that becomes unraveled and damaged – this is exactly what happens in viral integration.

This implies that therapies designed both to “wake up” reservoir cells and to target them for specific, self-induced cell death may in the future be targeted much more precisely. It could even lead to ways to prevent HIV from establishing a reservoir and becoming a lifelong infection in the first place.

At present, this is all just laboratory science. But we finally have a test that could allow us to better target HIV cure and immunomodulatory therapies.