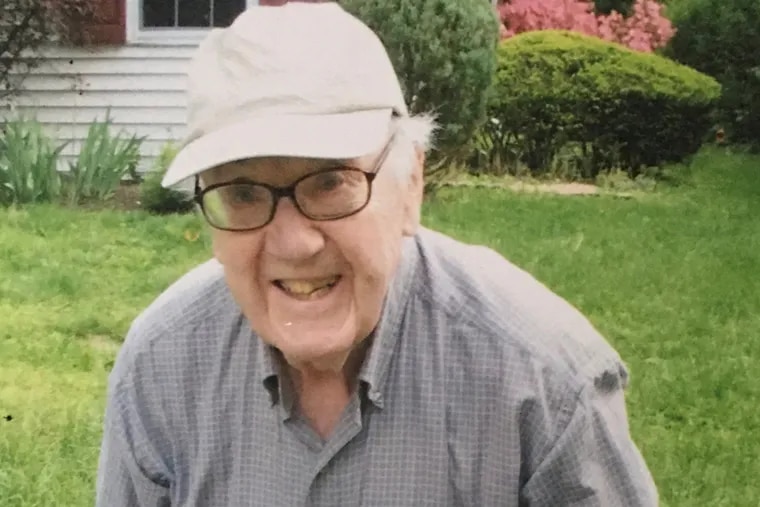 Owen “Will” Williamson, 100, longtime editor at The Inquirer and versatile staff member of the Baltimore Sun, Knoxville News Sentinel and other newspapers, died Tuesday, Feb. 1 of heart disease at the community assisted living facility Symphony Square in Bala Cywyd.

Mr Williamson began his distinguished 33-year career at The Inquirer as editor in 1962. Dubbed the dean of the office and the great by his colleagues, he later served as editor responsible for national and international stories. and later designed print pages as a layout editor.

He retired in 1996 and worked in his final years editing stories on film, television, theater, fashion, food and family in the copy desk of the feature film department. He worked earlier on the copy desk at the Baltimore Sun from 1957 to 1960, and had two stints at the Knoxville News Sentinel as editor and managing editor from 1951 to 1957 and from 1960 to 1962.

Generally calm in the office, Mr Williamson was known to say, “You can be replaced”, when he heard others complaining about this or that. He corrected a famous mistake by syndicated advice columnist Ann Landers, and the headline on the fictional tribute newspaper page presented to him on his retirement aptly reads: You I can not Is returned, replaced.

“He was always a person of words,” said his daughter Julia. “He had a natural attention to detail and liked to get it right.”

“He was even-tempered and kind,” said his son Carter. “He never got mad at anyone.”

In addition to his work as an editor, Mr. Williamson was a young reporter in the 1940s for the Daily Advance in Elizabeth City, North Carolina, and the Johnson City Press-Chronicle in Tennessee. He earned a bachelor’s degree in English from Wake Forest University, a bachelor’s degree in journalism from the University of Missouri, and a master’s degree from Columbia University Graduate School of Journalism.

He wrote for several school publications in Wake Forest, won awards at Columbia for his scholarship and editorials, and spent the summer of 1962 in the New York-based Ford Foundation Educational Writing Program.

“He didn’t need a lot of supervision,” said Karl Schaeffer, Mr. Williamson’s colleague at The Inquirer’s copy desk. “He was dependable and an outstanding copy editor.”

The eldest of nine children, Mr Williamson was born on July 21, 1921 and grew up on a farm in Crewe, Virginia. .

He was drafted into the Army Air Corps after graduating from Wake Forest in 1942 and served as a radio operator for the Army Airways communications system during World War II.

He met journalist Jennie Beasley in Knoxville, and they married in 1960. They moved to New York, then to Bala Cynwyd and Wynnewood, and had a son Carter and a daughter Julia. His wife then worked as a classifieds taker for The Inquirer. She died in 2009.

An ardent gardener, Mr Williamson enjoyed giving plants to family and friends and was credited with inspiring others, including grandsons John and Eddie, to dig in the dirt often. He was an avid baseball fan and with his son at Veterans Stadium when the Phillies defeated the Kansas City Royals in Game 6 to win the 1980 World Series.

He traveled to Alaska to visit his daughter, as well as to Europe, India and elsewhere, and was active at the now closed Alliance Presbyterian Church, Bala Cynwyd and Church Lutheran Holy Trinity in Narberth. He frequented the theater, created clever limericks, and kept in touch with Schaeffer and his former Inquirer colleagues Virginia Delavan and Marty Pearl.

“He was good natured, helpful and funny,” Delavan said.

His daughter-in-law Mary said, “He was the smartest man I’ve ever known.”

In addition to his children, grandsons and daughter-in-law, Mr. Williamson is survived by other relatives. Five brothers and three sisters died earlier.

HLA typing for transplantation market expected to reach $1,136 million by 2026