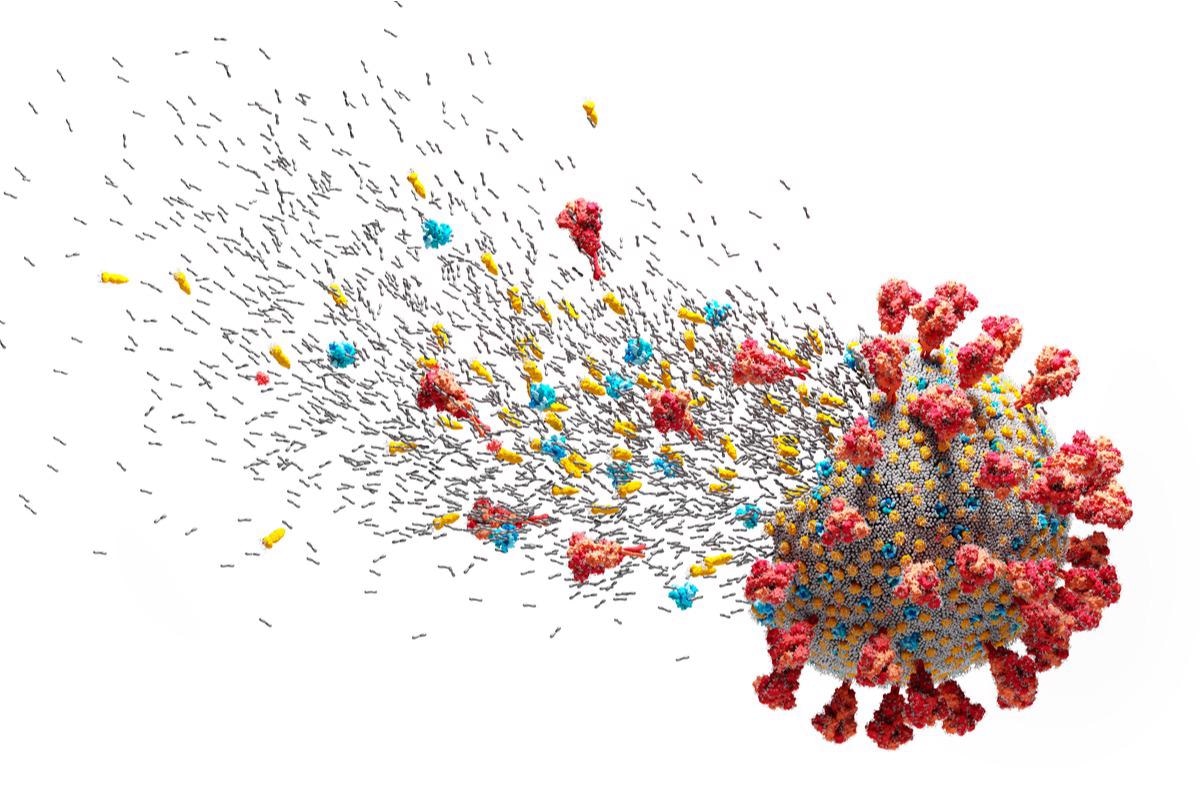 Small interfering ribonucleic acid (siRNA)-based therapies have shown promise in fighting viral infections by targeting a specific region of the viral genome and effectively regulating viral replication. Despite these advantages, siRNA requires an appropriate delivery system to achieve a desired therapeutic impact. Due to this limitation of siRNA, the virus-inspired block polymer for endosomal release (VIPER) has been investigated as an effective delivery agent for siRNA.

in a new Controlled Release Diary study, scientists are developing a formulation for pulmonary delivery of siRNA. The aim was to suppress replication of severe acute respiratory syndrome coronavirus 2 (SARS-CoV-2) in lung epithelial cells. Additionally, researchers characterized siRNA/VIPER polyplexes and determined their safety and activity profiles in a lung epithelial cell line.

Previous studies have shown that SARS-CoV-2 is transmitted through respiratory secretions and replicates primarily in respiratory epithelial cells. Although several vaccines for coronavirus disease 2019 (COVID-19) have been approved and have prevented countless deaths, new therapies are still urgently needed.

Antiviral drugs like remdesivir have been repurposed to treat COVID-19; however, they cannot be considered satisfactory for the treatment of this disease. Developing new antiviral drugs is particularly challenging for coronaviruses because they use cellular components to replicate. Accordingly, siRNAs have been considered promising candidates for the treatment of COVID-19, as they can down-regulate any given target messenger RNA (mRNA).

Previously, lipids, polymers or peptides have been used to develop nanocarriers for siRNAs, as this approach is preferable considering the pulmonary route of administration. Lipid-based systems might have stability issues, while polymer-based formulations lend themselves to nebulization and processing into a dry powder for inhalation.

Thus, the researchers in the current study formulated siRNAs with VIPER, which is effective for the delivery of plasmid DNA (pDNA) and siRNA. Previous research has shown the suitability of VIPER polymers for delivering siRNA to the lungs, leading the authors of the present study to further explore this concept and develop a formulation that can be efficiently delivered to lung epithelial cells.

To this end, researchers constructed an air-liquid interface (ALI) culture of lung epithelial cells to better understand the behavior of polyplexes in a more sophisticated three-dimensional (3D) culture model. Researchers tested the activity of VIPER polyplexes against wild-type SARS-CoV-2 in precision-cut human lung slices (PCLS) and also studied the live distribution and delivery of these agents to various cell types in the lungs.

The siRNA/PEI and siRNA/VIPER polyplexes were evaluated by the dynamic light scattering method to determine the size and the polydispersity index. To this end, the PEI and VIPER polyplexes exhibited favorable hydrodynamic diameters for pulmonary delivery of 85.52 nanometers (nm) and 55.78 nm, respectively.

As the nanoparticles formed with the VIPER polymer were smaller in size, they could help escape macrophages and increase diffusion through the mucosal meshwork. Laser Doppler anemometry was used to test the zeta potential, which showed that the PEI and VIPER polyplex formulations exhibited a positive zeta potential of approximately 10 mV, indicating the cationic nature of the polymers.

The lung epithelium is covered with a layer of mucus which inhibits the delivery of drugs to the underlying cell layers. Researchers tested the stability of VIPER and PEI polyplexes in the presence of increasing concentrations of mucin and a commercially available lung surfactant Alveofact® using a modified SYBR gold test.

VIPER exhibited negligible siRNA release at 0.5 mg/ml mucin; however, polyplexes in PEI. were able to release about 60% of their charge. Although both formulations showed stability in lung surfactant compared to mucin, VIPER showed better results than PEI, with a release of 10% of the siRNA load.

The researchers also investigated the gene silencing activity of the PEI and VIPER polyplexes and both formulations may facilitate gene knockdown at the mRNA level. However, VIPER showed better activity than PEI, as it achieved approximately 80% gene silencing.

In the present study, researchers present a formulation for pulmonary delivery of siRNA and demonstrate the ability of the VIPER block copolymer to form polyplexes. Polyplexes have been found to reach lung epithelial cells both in vitro and liveas well as penetrating the respiratory mucus layer in a 3D culture model of air-liquid interface.

The polyplexes showed good tolerance while demonstrating effective antiviral activity against SARS-CoV-2. In conclusion, these results collectively support the ability of siRNA therapies to act as antivirals and offer a novel treatment approach to counter SARS-CoV-2 infection.