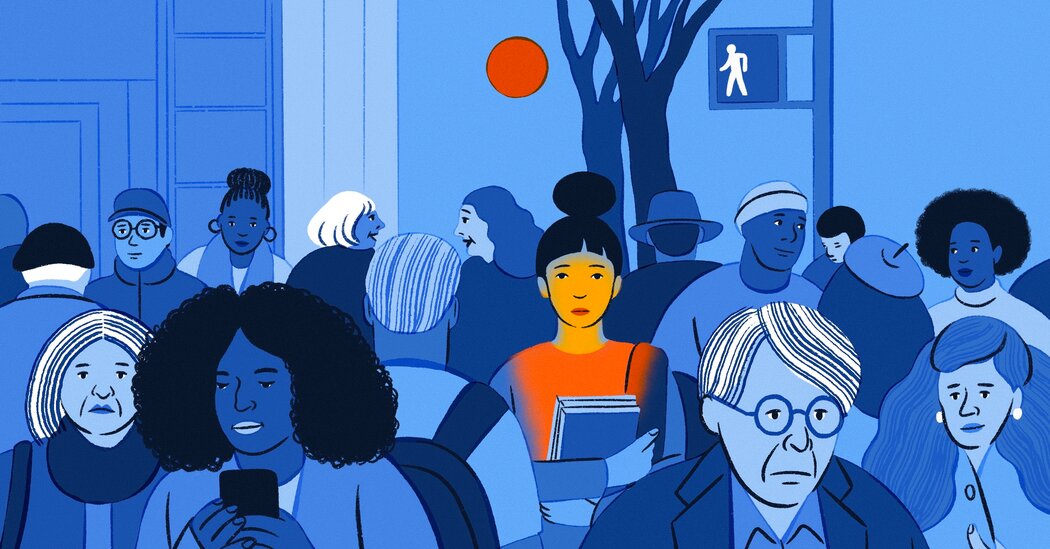 The artist is retired (and in real life) Tehching Hsieh, best known for his high-endurance “year-long performances” in the 1970s. After arriving undocumented in New York from Taiwan in 1974 , when he was 24, and having spent years working odd jobs, Hsieh entered the art scene by locking himself in a wooden cage inside his Hudson Street apartment for a full year. . In subsequent performances, he spent a year knocking a clock every hour, another living outside without entering a single building, another tied to the (also real) performance artist Linda Montano by a rope. eight feet. His last play was advertised as a 13-year epic. At its conclusion, he called a press conference and issued a four-word statement: “I kept myself alive.”

Alice dives into Hsieh’s world, studies his life and work and even finds his apartment, visits the restaurant he now owns in Brooklyn, turns around when she finds him inside, unprepared for an actual encounter. She collects snippets and reflections from other writers and artists, curating a kind of esoteric scrapbook about time, about art, about the nature of projects. Susan Sontag and Édouard Levé make appearances, as do Albert Camus and Buster Keaton, Pico Iyer and Graham Greene, Kazuo Ishiguro and the accidental folk artists from the Golden Venture, a cargo ship that ran aground at Rockaway Beach smuggling migrants from China who created more than 10,000 paper sculptures to kill time and possibly cover legal costs while in prison. “She was swimming in the material – text, images, video, interviews, notes, so many notes – but the shape of the thing, how the project would come to fruition, how it would take, eluded her.”

What gives shape to her project—and, by extension, to this novel—is the physical and mental decline of Alice’s stepfather, whom she calls “the Father.” Alice spends most of the book either traveling New York to understand the artist or flying to the Bay Area to visit the father as he loses his independence, descends into dementia, and drags himself to death in a series of assisted living facilities. She shares her duties as a daughter with her older sister, Amy, a full-time working single mother who “didn’t have what Alice had, what Alice always had in the face of a hardship: the possibility that the experience is useful for a project.”

Chen writes with cold, elegant precision, and the book is compelling despite its diffuse structure and retention of the usual pleasures of fiction, like plot and character development. As Father’s condition worsens, Alice struggles with the direction of his project, how to give it bones and define its contours. This is also the central challenge for Chen, who set out to write an unconventional, rambling novel of ideas and hold it together with minimal narrative tension. Like Hsieh’s performance art, ‘Activities of Daily Living’ revels in the mundane and repetitive, the simple and inexorable passage of time. It’s by no means a page-turner, but it’s a thoroughly compelling transmutation of the ordinary things in life.

Steph Cha is the author of “Your House Will Pay” and Juniper Song mysteries. She is the editor of the Best American Mystery & Suspense series.

A writer who tells his story like “a gospel song”