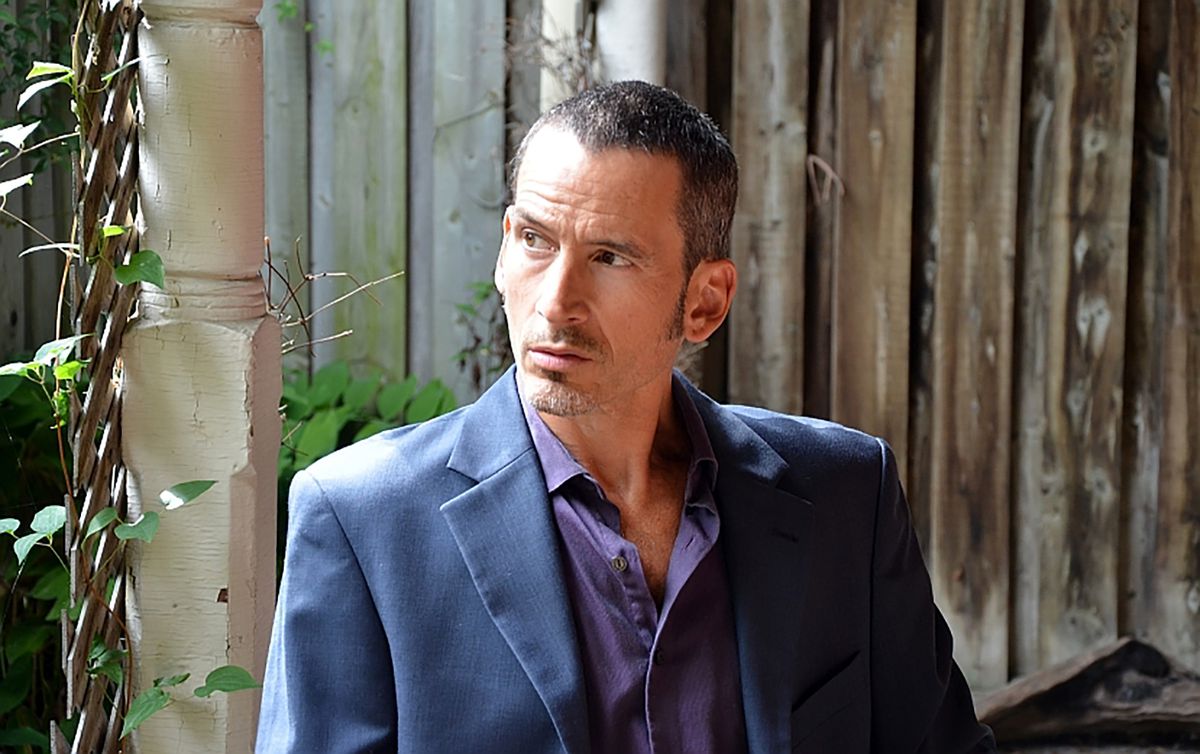 Steven Heighton said that I once wrote in the margins of the manuscripts of his stories: “Another excremental metaphor,” “Oh my God, Heighton, are you kidding?” and “You can only say horses, you dink.” These claims may be true.

A writer‘s style is the result, among other things, of his temperament. Some writers write in a passionate outpouring of words and this approach seems to them the only way to capture inspiration. Steve wrote like this and in my edits I always tried to prune his tendency to luxuriance, to focus his gaze, to suggest the dryness of end rather than sugar oloroso; rather than the blast of the shotgun, the sniper’s rifle.

Steve was decidedly romantic in his attitude towards literature. “At the turn of the millennium, to be a true rebel,” he writes, “means to be, by postmodern standards, shamelessly uncool – an aesthete, devoted to the ancient quest for truth and beauty in an artistic form. “.

Her first novel, The shadow boxer, was reviewed in the UK Independent on Sunday:

“The shadow boxer sparkling with life and energy, his prose is a passionate blend of lyricism and musculature. . . its adherence to the old vanities of authenticity and the primacy of experience [make it] nothing less than a bloody argument with postmodern trickery. Intense and poetic. . . has a swaggering, larger-than-life quality.

In his first storybook, Emperor flight paths, we see its amorous entanglement with language. I always think with particular pleasure of the story “Five Paintings of New Japan”. His interview for a waiter position in the very traditional Yume No Ato restaurant is a stylish and perfectly paced comedic setting.

“We have problems here every summer,” sighed Mr. Onishi during my interview, “with a foreign tourist.” He looked at me from behind his desk, two dark half moons falling before his eyes. “Especially Americans. If I hire you, you can deal with them.

“With them” I say automatically.

“Have you experienced the service? »

“Do you understand Japanese? »

“Tell me something in Japanese.”

I froze for a moment, then was ambushed by a phrase from my textbook.

“In the garden,” Mr. Onishi translated, “there is an old pond.”

I looked abjectly at his baldness.

The Heighton poet couldn’t resist the broad comedy of Japanese English. “On a towering billboard, an ironic gaijin — apparently James Coburn — sipped whiskey above a slogan rendered in gothic script, as if it were a take for a progressive rock band: Of you Dream, Be Handsome Cad, For you Party Life and Nighties of Bachelor Fun.

In an interview at The writers speak, Steve described the kind of writer he was.

Writing what she knows, the chronicler of home renews or reorients our gaze on the familiar, showing us how strange and foreign the servant truly is (“her” as I think of Alice Munro first.) that he does not know, in order to discover it in the story, the explorer from “afar” makes the foreign and the exotic as familiar as at home. (“he” because I think of Malcolm Lowry and Paul Bowles first.) Clearly, I was that second guy.

Her next collection Porcupine’s Quill, On Earth as it is (1995), were stories set in Canada. A third collection arrived in 2012, The dead are more visible, a virtuoso performance astounding in its emotional impact. Barely a decade after its publication, the word “classic” is affixed to it. Between the second and third collections, he published three novels and followed The dead are more visible with a fourth novel, The Nightingale won’t let you sleep, in 2017.

He came back to work with me in 2020 on his memoirs Reaching Mithymna: Among the Volunteers and Refugees of Lesvos. Following this, he embarked on a fourth storybook which we agreed to title Instructions for drowning.

He said to me one day on the phone: “I don’t know. . . novels. Money, I guess. But still write stories. It feels like coming home.

Drowning Instructions contains a story called “As if in Prayer” which is inspired by his experiences of Mithimna. He finds a small box in a beached life jacket:

. . . it might once have held earrings. The burgundy felt lining was stained darker where seawater had seeped in. Nestled on the felt, like pearls, were three baby teeth that someone had saved. . .

The narrator takes the little box to a cemetery where the gravedigger buries the Muslim dead according to Muslim tradition.

The narrator further describes the box as “the sort of thing in which a child might ceremoniously bury the husk of a cicada or a dead baby mouse found curled up in a field”.

Notice the words ‘pod’ and ‘frisé’, these indicators of an essentially poetic spirit and talent. Also notice the title of this story – “As If in Prayer” – as it alludes to a central aspect of Steven Heighton’s essence and achievement. His attitude towards life was essentially reverential. We can sense it in the language he devised to convey to us what he had seen and experienced.

Poem by Louise Gluck Nostos ends with this:

We look at the world once, in childhood / The rest is only memory.

Steven was one of those who never lost sight of the world again and he conducted himself in it in a priestly manner. This statement will no doubt cause mirth among many who knew the sloshed Steve, the stoned Steven, the wildly talkative Steve, the flamboyant Steve, now bearded, now clean-shaven, now with sideburns, cowboy boots boy, terribly pugnacious shirts.

But behind his changing facades, he quietly observed the duties his vision demanded. It served the country’s literature; he cared for young talents by reading their manuscripts, editing them, through telephone calls, directing other editors to unknown works he deemed worthy of their attention.

After learning of Steven’s death, I phoned Caroline Adderson because we had spoken the day before about Steve’s illness and the progress on Instructions for drowning.

Her voice on the verge of tears, she said, “He was the center of my life. I owe him so much.

“How do you mean, central?”

“What? What do you remember?”

“I met him at the writing studio in Banff. He read versions of my early stories and said he would pass them on to you.

These stories became part of Caroline’s first book, bad imaginations, which I worked on with her at Porcupine’s Quill, another superb short story writer welcomed into the fold thanks in part to Steven’s intervention; for her, a seismic event, for him, simply a natural part of the vocation that had chosen him.

His stories will speak to future generations of budding writers on the threshold of their careers and to a growing audience drawn to his work by word of mouth. We will miss his physical presence but he will live on, honored, in the memory of our literature.

Expand your mind and build your reading list with the Books newsletter. register today.