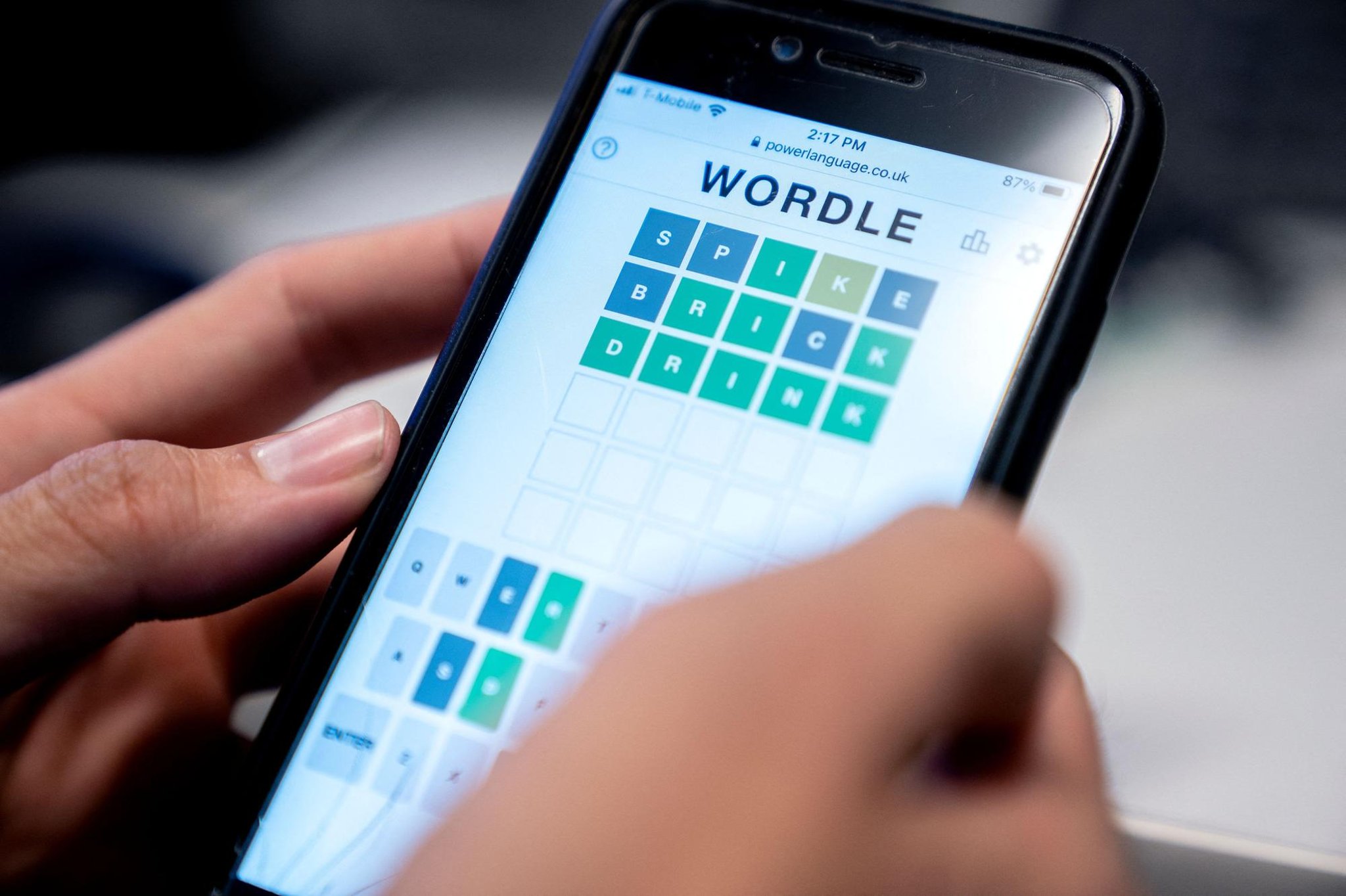 Susie Dent: Amid a lot of confusion, words — and games like Wordle — can help bring people together

We seem to have been hearing these pops for a long time now, and the doomscrollers among us must have sought solace in smaller things.

What, then, could bring more solace than Wordle, the simple and joyful word game that has captured our hearts as well as our brains. It’s no surprise that this now viral phenomenon, created by Josh Wardle for his partner during lockdown, has been picked up by a commercial enterprise.

Register to our opinion bulletin

Register to our opinion bulletin

The New York Times, already a historic player in the world of puzzles, bought the rights, and few of us would blame Wardle for giving it away. But what’s the secret to his game’s runaway success, and what does he say about what we need right now?

As we seek to distract ourselves from our current mess, words — five letters or otherwise — might just hold the key.

Wordle’s joy is surely its simplicity. Its rules are few and easy to understand, which allows it to become a collective exercise in decryption between friends, family and even around the world, because we all face the same challenge every day.

Uniquely, too, we’re rationed to a single game, requiring a level of patience we’ve almost forgotten in the endless loop of games and news feeds.

Susie Dent: We’re dropping our Hufflepuffs, rolling up our sleeves and texting…

Then there’s the public aspect of the game, in which every other tweet or Instagram post displays the telltale colors of a winning Wordle grid. Such community conversation seems highly prized right now, and it was demonstrated in a different way recently, when my Twitter buzzed to the beat of thousands of family sayings.

When words become our oasis, there can be tremendous comfort in the expressions we grew up with and which even now catapult us home and into childhood.

The Twitter conversation in question was sparked by research suggesting that English expressions such as “spend a dime”, “crazy as a hatter”, “know your onions” and “drop a clanger” have little resonance for many people. ‘between us. since they date back centuries.

This prompted me to launch, as I did during confinement, a call for family sayings that we have not forgotten, and that we wrap around us like a warm, puffy cardigan (and sometimes piquant) as we remember it.

Take “she’s got more faces than the Albert Clock” from Belfast, as presenter Andrea Catherwood fondly remembers. Or Liverpool ‘standing like one of Lewis’ – an accusation of laziness and a nod to Lewis’ department store mannequins.

“It’s cold enough for an extra tie pin!” was lovingly remembered by Paul Crowder, giving us in the process a much more polite version of “colder than a witch’s tit”. Another grandmother was playfully commemorated with her remark “bless her heart – this baby is so ugly he’d run a freight train down a dirt road”.

Thousands more flocked. Dare to stand in front of the TV in St Helens and you might be told “oh, were you made in Pilks?”, a reference to the Pilkingtons glassmakers who have long been associated with the town. “Were you born in a barn? seems to have been a standard gripe to anyone who left the door unlocked.

“Not now; I’m freaking out for the wowsers” (or “a goose’s bridle,” “waterwheels” and dozens of other riffs) was a favorite way to palm off a kid who demanded your attention.

“What’s for tea?”, meanwhile, was an invitation to a whole host of possible lines, ranging from “shit with sugar on it” to “pig ass and cabbage”, with stops at “vinegar on a fork”, “bread and duck under the table”, and “two hops at the cupboard door” along the way.

As for asking a relative “where are you going?”, you could get anything from “to Russia for snowballs” to “down for a loaf of bread.” Inevitably, playful insults abounded: “I’ve seen a bigger knot in a spider’s leg!” looking at a child’s muscles, for example, or the oddly philosophical “she’s no better than she should be”.

The joy and tenderness with which these words were remembered, and the dialogues that followed, suggest that we cherish house conversations more than ever, as they give us a rare chance to recombobulate.

If the rest of life is a real “curfuggle” (Scots for a total mess), we can at least go on with our whims while we Wordle.

As Toni Morrison said so well: “We speak, we write, we make language. This is how civilizations heal. Add puns to the mix, and we might have a solution.

Susie Dent is a lexicographer and etymologist. She’s appeared in Dictionary Corner on Countdown since 1992 and co-hosts the podcast Something Rhymes with Purple with Gyles Brandreth.

A message from the editor:

Thank you for reading this article. We are counting on your support more than ever, as the change in consumption habits caused by the coronavirus has an impact on our advertisers.

If you haven’t already, consider supporting our trusted and verified journalism by signing up for a digital subscription.

Is Costco good for mortgages?