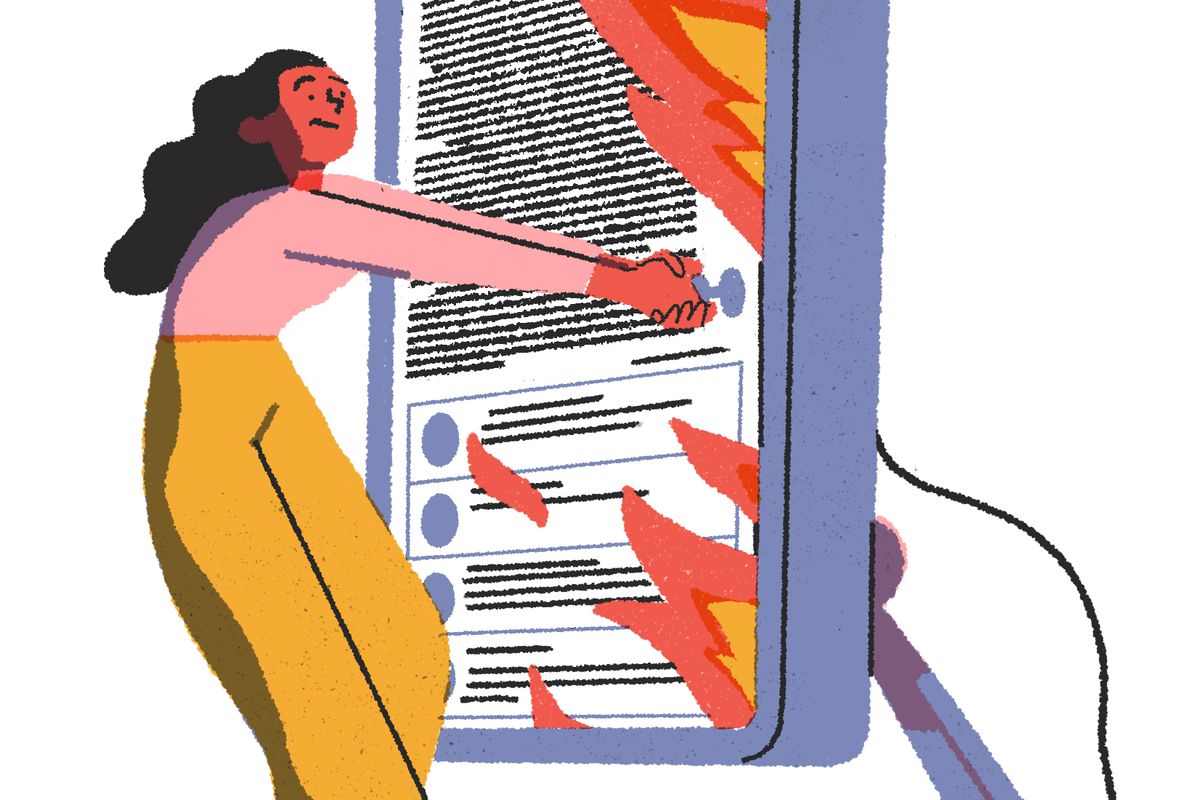 The comment sections don’t matter. As a writer, I never read them

The First Person is a daily personal piece submitted by readers. Do you have a story to tell? See our guidelines on tgam.ca/essayguide.

They infiltrate slowly. First there’s one, then two, then three, and before you know it, there’s 49. Forty-nine comments are waiting for you in line, ready to congratulate you on a job well done, to challenge your point of view or tear yourself down for writing nonsense.

As a writer, it is the price to pay to be published. You put yourself out there hoping that the words you crafted so meticulously will resonate with someone, make someone smile or cry, or just feel understood.

Sometimes your words spark something in people who feel the need to comment on what you’ve written. In this highly digitized world, it’s easy to do that. Anyone can log in and create an account in a few simple steps, which then allows them to comment on an article. On some websites, comments are moderated, meaning debate is allowed but racist, sexist, and derogatory comments are removed. But on other sites, it may be free for everyone. Without a gatekeeper, people are free to say what they want. It’s never okay to be mean, but the digital world makes it easier. We can be anonymous online and it provides a platform to voice our disagreement about just about anything without repercussions. We write what we want behind the comfort of a nickname and then just like that – disappear! In contrast, printed comments (or as they are generally called “letters to the editor”) are screened by an editor and not all letters are printed. Also, real names are used.

Writers are often warned to (1) never read comments about their work, and (2) if they do, definitely don’t engage. I usually break rule #1 but never rule #2.

The first time my work was published to a wider audience, I waited a few days before hitting the comments section online. When I finally read them, I was intrigued. I had written about what it was like to be married to someone from a different cultural background than mine. My words were praised by some and criticized by others. Strangers who knew nothing about me made assumptions about who I was as a person based on 856 words. I also wondered if everyone who commented on the article Actually read the entire article, or if they settled for the catchy title (not written by me) and blurb.

An editor advised me to take the comments in stride. My husband added, you can’t please everyone. Never were truer words spoken.

The best comments, of course, are congratulations for writing a great article. “A way of thinking and living so gentle, generous and open-minded. Made me smile and almost cry at the same time. Just comforting,” and “I’m salivating just thinking of your descriptions – Indian, Italian, pastry – and respect.” Comments like this make me feel all warm and fuzzy inside because someone understood exactly what I was trying to say.

Just as there will be people who like what you have to say, there will be those who disagree because they see things differently.. “It seems like Ms. Chiavalon is overthinking this,” and “Such negativity about something that should be considered rewarding…” It doesn’t matter either, because not everyone shares the same point of view. My outlook on life is filtered by my own individual life experiences. This is the hallmark of first person trials; they highlight a person’s perspective on a life situation. Cumulatively, they present the perspectives of different peoples in many different life situations.

A “good piece” (and again, this is subjective) triggers the dialogue. Disagreement and healthy debate are perfectly acceptable in this dialogue. This is what allows us to grow as individuals; when we are open to listening without necessarily agreeing.

And yet, there are people who have only one objective in mind: to attack. Attack the writing. Attack the writer. Attack the character of the writer. Sometimes they even attack other commenters. It is easy to spot these people. Their comments are where you know that nothing said in response will make a difference. There is no room for healthy debate. “This article is outrageous. How about your husband is not Italian, and you are not Indian; you are both Canadian and not a single mention of that in the article. What joke.” Maybe instead of mentioning that I made creme brulee for my husband, I should have mentioned that I made him some Nanaimo bars (which I have) so I could sound more “Canadian” .

There are some condescending comments. “…She’s not a teenager who needs to figure out how to become more independent. A grown woman who can decide with her husband what to cook and eat without writing to the Globe about it as if it were an existential issue. In fact, it’s not an existential issue, the essay is just another first-person point of view presented.

And then there are comments that even leave me perplexed. “One thing I do know is that the author is not Canadian and probably does not live in Canada.” Umm… I live in Canada, and it said where at the end of the play.

Interestingly, online comments say a lot more about the person who is commenting than the article being commented on. So, to all writers, musicians, actors, dancers, painters, cooks, creators of video games, etc., to all those who dream of exposing themselves but who are afraid of the reaction that could quickly follow: Be brave and share you and your creations with the world. Don’t pay attention to the “comments section”. Ultimately, a comment is just another person’s opinion of you, which doesn’t really matter.

That being said, report the comments…

Register for the Parenting & Relationships weekly newsletter for news and tips to help you be a better parent, partner, friend, family member or colleague.