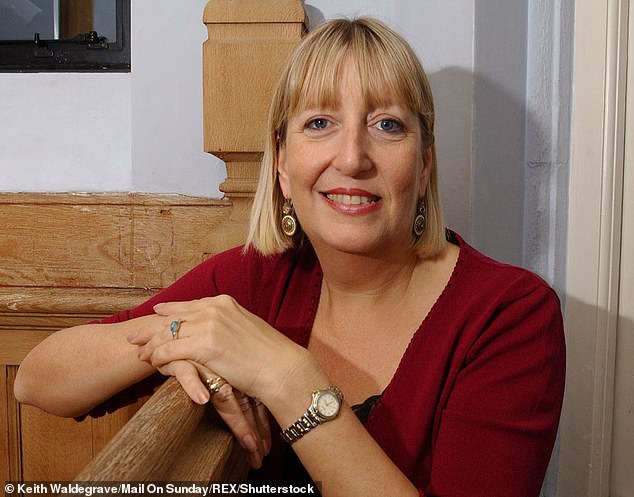 By Liz Hoggard for the Daily Mail

Two years before writing Eats, Shoots & Leaves, my sister Kay died of lung cancer at age 52. His death derailed me. I gave up my sports journalist contract and spent most of my time at home bursting into tears.

Kay was seven years older and had never wanted to be a writer herself, but I always played down what I had done so that she didn’t feel jealous. She blamed me for being on the radio. “You ruined Radio 4 for me,” she said.

After coming out of grief, I was asked to present a program on punctuation and then write a book about it. It was reckless. I was not a grammar expert! Yet people adopted it, and very quickly we were selling tens of thousands of copies every week.

Lynne Truss, 66 (pictured), who lives near Brighton, East Sussex, admits she wasn’t ready for display when her book became a bestseller

I think if my sister had been alive this would have been difficult to negotiate. She wouldn’t have been happy for me. I’m glad we didn’t have to go through this.

It became a bestseller in the US and UK, and I wasn’t ready for that level of exposure. I went to the America’s Today Show watched by 50 million people. Looking back, I think I was still not at my best and my editors had high expectations of me.

The money was weird. One day in New York, I went crazy at a jeweler buying five necklaces costing around £ 7,000 just because I could. Success has changed the speed of my life. But all the way through it, I was thinking “When is this going to end?” Because it was so strange and scary.

I went to see a therapist to talk about developing thicker skin to cope. But I realized there was nothing I could do. So I thought, ‘Just do things that don’t attract much attention to you.’

Today I’m writing my Agent Twitten novels, which have been a joy. I can point out that writing comedic detective novels set in Brighton in the 1950s is no way of making a living. But it was totally the right decision for me. I didn’t like being famous. It was like a terrible trap.