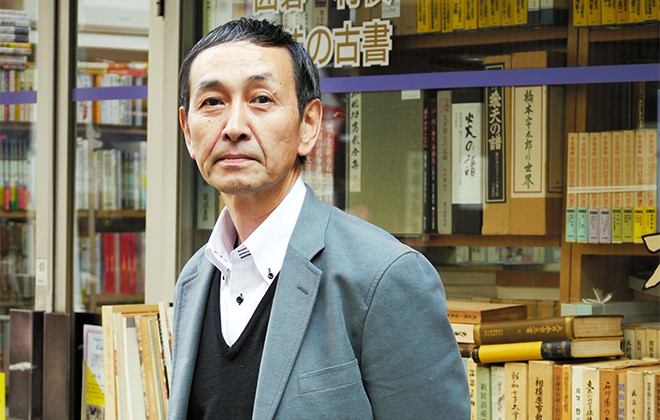 While I know my personal impressions do not fit this column, I want to pay tribute to a former Asahi Shimbun reporter who was my oldest.

When I recently heard that Hidetoshi Sotooka passed away suddenly at the age of 68, I felt pain as if I was being beaten by something.

I first read his writings when I started “Hokkiko” (Return to the North), which depicts a journey retracing the life path of the poet Takuboku Ishikawa (1886-1912).

The novel, which Sotooka wrote while a student at the University of Tokyo, won the Bungei Prize, an award for promising authors.

It is said that the editors of literary magazines were bitterly disappointed when Sotooka decided to join a newspaper instead of pursuing a literary career.

Sotooka has put his talent at the service of the news during his stays in Niigata, Tokyo, New York, Hong Kong and elsewhere. He had a passion for writing about natural disasters and international conflicts.

While working on the front lines in news, he was never preoccupied with scooping up scoops and instead focused on journalistically shedding light on the essence of the issues.

While stationed in London, Sotooka wrote an essay series, titled “Letters from the Sidelines”, for a literary magazine.

He offered a sharp insight into the zeitgeist of the era by writing about day-to-day current events through the filter of European history and literature.

Unbound by work as a journalist, Sotooka freely transcended the line between reporting and commentary.

After becoming editor-in-chief at the Asahi Shimbun, he addressed questions regarding the responsibility of newspapers for their roles during the war.

One comment I heard as a basic news editor is unforgettable.

“Recently, many stories use the word ‘kuni’ (nation, government) as the subject or subject,” Sotooka said. “Does that mean the prime minister’s office or a government ministry?” If it is a ministry, which ministry exactly? The meaning of the word must be clear.

He was very sensitive to the risk of getting into a rut.

After leaving The Asahi Shimbun in 2011, Sotooka wrote science fiction and detective novels, such as “Canon”, “Dragon Option” and “Hito no Kurekata”, under the pseudonym Seiichiro Nakahara.

He drew on his vast experience in media coverage to write these novels.

I was deeply saddened by his death, which put an untimely end to his career as both a journalist and a writer.

Vox Populi, Vox Dei is a popular daily column that covers a wide range of topics including culture, the arts, and social trends and developments. Written by veteran writers of Asahi Shimbun, the article provides useful perspectives and insights into contemporary Japan and its culture.