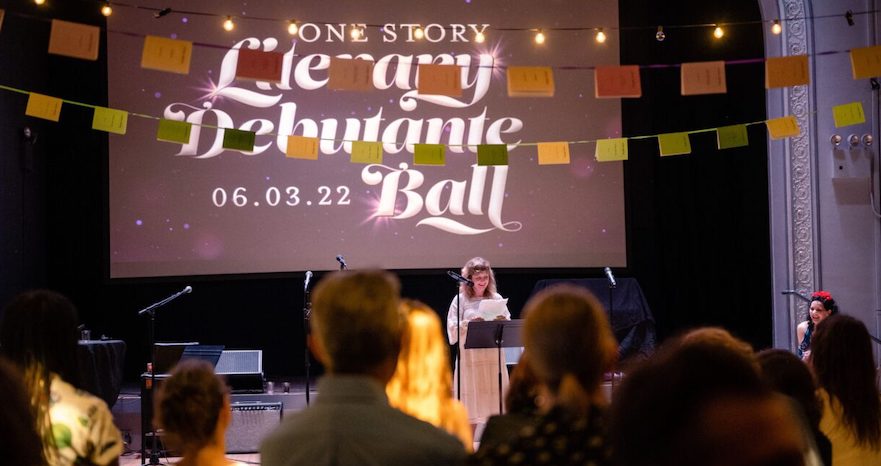 Who are the “real” writers, anyway? ‹ Literary Center

One Story was my first major publication and my first major contact with contemporary short fiction. I was from Alaska. I thought the Paris review was in Paris. More importantly, it was an introduction to a community that has supported and inspired me for the past 20 years. I remember attending the inaugural launch in 2002, listening to John Hodgman read “Villanova” and thinking, wow, i wish i was in this magazine. And then also think: That will never happen. So sit there, honey, and learn from real writers.

All of this somehow proves that you’re just not magical enough, special enough, mythical enough to ever be, ever real. You started too late. You write about places, people, genders, races, ideas, identities, families, and social classes that aren’t sexy enough at this particular time. If it is not ignored, dismissed or, now, in our current climate, banned.

In real life, you walk into rooms incapable of being witty and courteous like a real writer or clumsy and charismatically misanthropic like a real writer. You’re too loud or quiet or blinking in humiliation when a dentist at the party asks where he can buy your book, because he’s trying to prove you don’t have a book. Or when a dog walker (at the same party) tells you he’s always wanted to write a book about breeding cats, then informs you that maybe he should send you his manuscript when he’s finished. And that’s not a question.

In your darkest hours, you realize: You have talent, yes, but you have no sense and you are afraid of success.

For years you wrote shit in an office that’s actually a closet or a bathroom – and yes, my office for many years was a bathroom, with a piece of plywood above it. ‘sink – making it look like you’re a real writer, because you’re broke and unrecognized, but it’s actually more proof that you’re not a real writer because you cut early to breastfeed or playing bad banjo or covering chores for your partner making money in this relationship or going to online accounting school, which you not only excel at but secretly enjoy except for the realization that ‘there is no real tax haven writer/specialist you can look up to as a role model…except maybe Wallace Stevens who was the vice president of an insurance company. Until you also remember that his wife – a former model! – took care of everything in his life apart from his poems and his lavish office at the Hartford Accident and Indemnity Company.

In your darkest hours, you realize: You have talent, yes, but you have no sense and you are afraid of success. Or: You have no talent, but you work hard and it only gets you so far. Add to that: you’ve never had a mentor. True writers have a mentor who sees them through a crowded workshop and in a moment of ecstatic recognition says: Hello, anointed. Hi friend. You are special. You are different. You are real. Let’s go to a literary party and I’ll introduce you to agents, publishers and winners.

(PS I’ve met people that this has happened to and I had to endure the whole soul lift in which I tried very hard to be happy for that person and succeeded for a brief gravity hiccup until all the usual physics kicked in and down, down, down I fell.)

Real writers! This whole notion sounds like a little velvet bunny these days, doesn’t it? It’s not that a true writer would ever conjure up such a ripped and cliched cliché. And yet, our minds are wobbling with such plush from the days of yore, whether we like it or not. The old nag horse in the childhood story was real because the horse was loved. And we all want to be loved. Is not it? I do. I want to be loved so badly that I would like to stand here and say that the way to overcome the toxic fallacy of being or not being a real writer is to say love yourself first. Or at least be yourself. And then, finally, at least you will be you.

Except that as a writer and as a human being, I’m not sure of myself. I am sometimes small, naughty and greedy. I am sometimes generous, kind and expansive. I contain multitudes of them – the dingdong, the genie, and more often a clown car hit by a truck full of bats with an overheated radar.

None of this has anything to do with what will save us in this occupation which has only one requirement: to measure our words against our own hearts, to create a reality on the page made up of imaginary people who are people , not characters; imaginary places that are places and not decorations; stories that are stories, not plots. A reality of wonky phrases and clauses and the clumsy, unshakable belief in the beat to death, looted words like “magic” and “high end” if not overlooked, dazzling words like “dog doo” and ” spatula”. So that the pleasure of writing is real. Just as real as hard work, exhaustion and boredom.

When I think about it (and boy do I think about it), perhaps it behooves us to only consider what is real – or not – about our writing. Rushing around the world like bogus writers, fraudulent writers, forever illegitimate. In any crowded room filled with luminaries, winners and bestsellers in the literary community, know that all, like all of us, believe that they are simply not top of the line enough to be here. And maybe lots of dog-doo.

I have long given up on being a real writer. I am totally comfortable with my illegitimacy. And that’s what I want you to be comfortable with, literary newbies and anyone who hasn’t been published or wants to be better or has some of those same fantastic delusions of limitations. Let’s go ahead and be illegitimate. And happy. And put our words on paper.

Thanks A story! Congratulations on 20 years!

You can read more about One Story 2022 literary debutantes here.