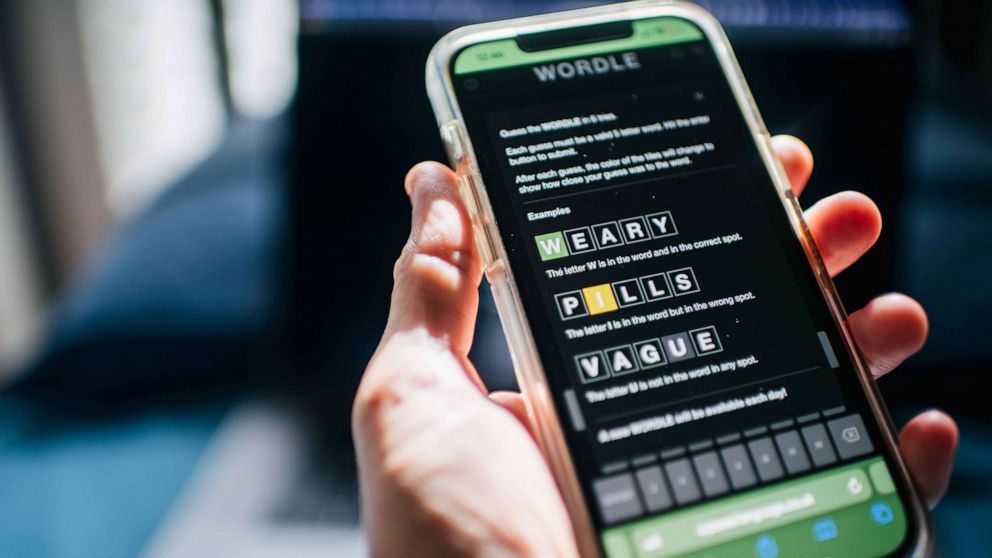 This is an Inside Science story.

The first big viral trend of 2022 is here, and it’s a colorful word game called Wordle.

Players visiting the Wordle website have six chances to guess a five-letter word, which has been randomly selected from a database. On each try, the game tells you how close your letters are to the “word of the day”. If the letters you choose are in the word but in the wrong order, Wordle highlights them in yellow. If the letters are in the word and placed correctly, they are highlighted in green. Letters highlighted in gray mean that they do not appear in the word of the day.

“It’s a good, fun game,” said Gizmodo editor Andrew Couts. “It only takes a few minutes, and it’s something to discuss with your friends.”

Wordle was created by New York software engineer Josh Wardle last fall, but Couts says the game really caught on in late December and early January and now has more than 300,000 daily players.

“It seemed like after the holidays everyone seemed to be playing this game and sharing it on Twitter, sharing it on all the social media,” Couts says, adding that Wordle’s distinct visual style is key to its success.

“It creates a kind of cool little template that the game makes really easy to share on social media…so you can show people how good you’ve been on the word of the day. And I think that’s the one of the big things that made this game take off.”