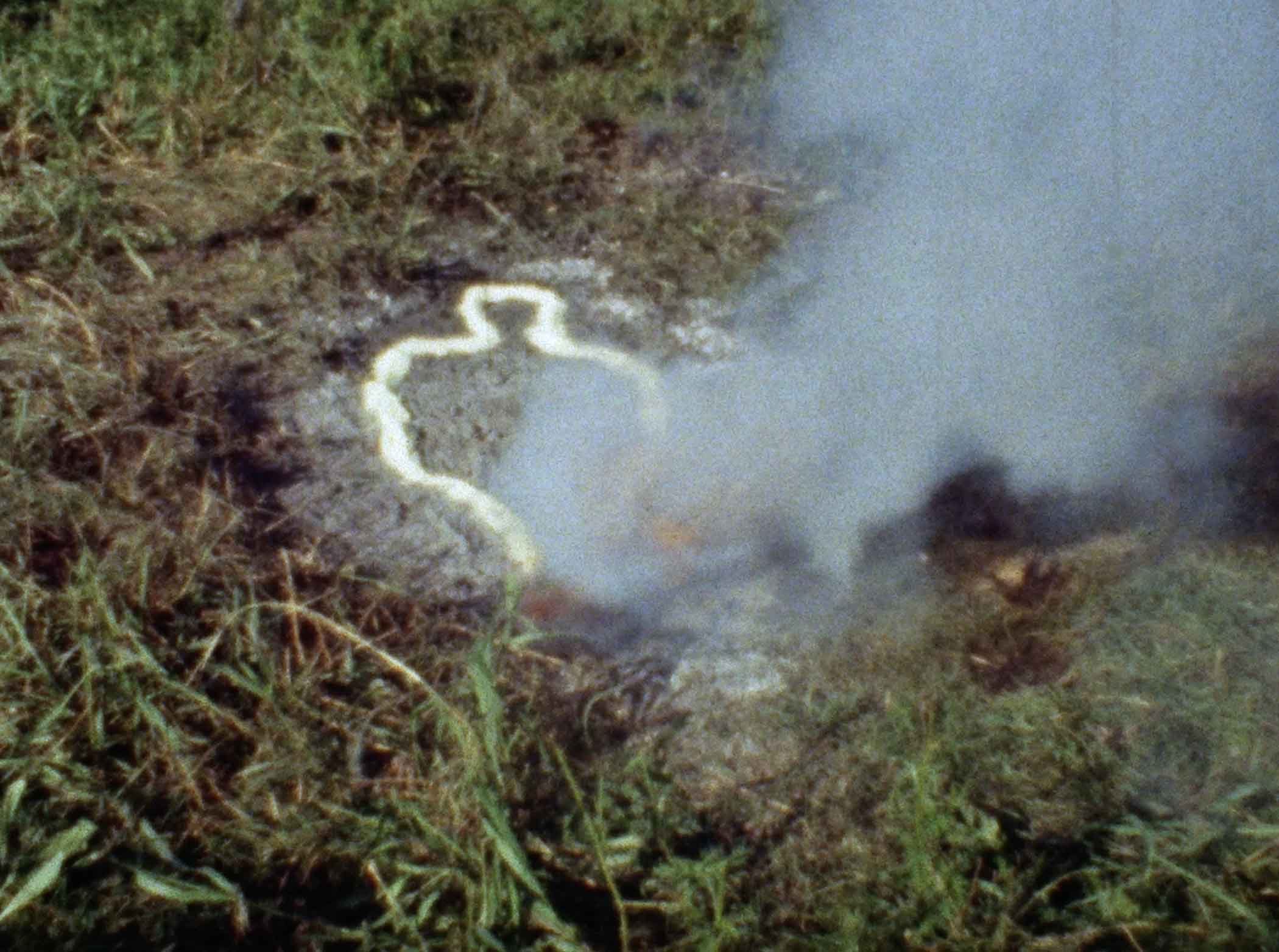 The Conservatives occupy a difficult position in terms of reputation. Their task of creating an artistic experience using the work of other people can make them sound like DJs in the art world. Yet even the most prominent conservatives are denied equal credit for being artists themselves. Much like publishers of literary anthologies, curators are tasked with finding contributors, soliciting work in what typically amounts to a headache in communications and logistics. Yet instead of having their names printed in big letters on the covers of books, the contributions of the Conservatives are often buried. Maybe the problem is, they challenge the ever-salable archetype of the lone visionary laboring through a room. Instead, they are social visionaries hanging the art of others in rooms.

Hilton Als is the rare bird that gets a lot of credit for its conservation. Perhaps the reason is that he built his reputation not in the gallery and museum scene, but as a writer, and therefore as a author in the most traditional sense. A longtime critic for The New Yorker (and before that a staff member of that journal) Als became known for the personal ideas and narrative ambiguity of his magazine articles, his collection of essays pushing the boundaries. White girls (2013), and his masterful memoirs The women (1996). In another sense, Als’s late turn to curating, like much of his career, feels defiant towards the creation of solo-genius myths: his world is a gregarious world in which all art forms fit together. speak, and being around others is a prerequisite for having something to say.

At the David Zwirner Gallery, where he has organized three exhibitions in recent years, Als’s cultural credibility and increasingly intimate approach to regrouping work can make him sound like an artist in the gallery’s stable. . His 2017 exhibition “Alice Neel, Uptown” was as much about the titular painter as it was about Harlem from the mid to late 20th century – Als himself grew up in Brooklyn during the same period. Its surprising follow-up, “God Made My Face: A Collective Portrait Of James Baldwin” (2019), used artwork to illuminate the biography of a writer who, like his curator, was black, gay, and in the public eye. These clear topics, Als said in a 2019 interview, give him freedom: “… the minute I give myself any framework for anything,” he continued, “I want it. to disrupt… I like to have resistance.

Spoken like a real reviewer. However, for his new exhibition, “Get Lifted! “, A group exhibition at the often divine Karma Gallery in the East Village, Als loosens the frame in favor of broad thematic features. The show is nominally about the mind, the ecstasy, the bodies, and how art can help people survive hard times – in other words, everything and nothing at the same time. Impressively, Als’s nebulous concentration allows him to move from the status of a curator-critic to something much rarer and more powerful: a curator-poet.

At its disposal, Als has the most luxurious and newest of Karma’s three exhibition spaces, a beautiful and sterile former glazier’s workshop on 2nd Street just east of Bowery. You would expect such spacious spaces to host large sculptures, but similar to its predecessor in the gallery – an astonishing study of Lee Lozano’s early drawings – “Get Lifted!” consists almost exclusively of murals, which range from tiny to medium. It encompasses over thirty artists, including Neel, Senga Nengudi, Paul Thek, James Van Der Zee and Diane Arbus, and includes paintings, photographs, videos, drawings and ephemera. The pieces are ordered along a sort of line of correspondence, their juxtapositions evoking the poetic and fragmented novels that Als admired in essay form: Renata Adler’s Featured and that of Elizabeth Hardwick Sleepless nights. To orient ourselves in the spectacle, he asks us to hold on to brief moments of association, hardly ever offering solid ground. Stacy Lynn Waddell’s gold leaf tondos anticipate Jesse Murry’s fuzzy yellow watercolor horizon; some candid nudes by Somaya Critchlow lead us into Arbus’ sly shenanigans Boy stabbed with a fake knife, NYC 1961; the photoshoped fireworks of Kelley Walker’s modified print Maui 1988 shine across the colorful explosions room similar to a Peter Bradley acrylic. A few artists are very well represented: famous queer photographer Peter Hujar and Bay Area landscape painter Brett Goodroad. There are also a number of works by a few artists in Karma’s stable: Louise Fishman, Reggie Burrows Hodges and the little-known downtown drag queen Tabboo!

Als’s voluminous selection, which includes abstraction, portraiture and everything in between, means “Get Lifted!” “ at its weakest moments. But as with the famous Barnes Foundation of Philadelphia, the dense hanging of the art suggests that we aren’t necessarily encouraged to look at all of the pieces individually. Barnes mixed doorknobs and furniture with his Impressionist masterpieces not because he wanted to suggest that all the work was the equal of everyone else – he owned a few minor Renoirs, after all – but since he wanted to make a provocative statement about how design and fine art could be seen on the same level. Als presents us with a similar leveling, although his goals are not art historical, but rather personal and emotional. White figures appear next to black ones; Black abstracts next to the whites; queers with straight guys; artists that Als has defended for decades with those he discovered during our last pandemic. The works form a statement of identity, but detached from ideology. They include an abstract portrait of Hilton Als, capturing a large sample of his aesthetic taste, with a characteristic blend of shyness and courage, alluding to who he might be inside.

Of course, Als is in a privileged position, and it is questionable whether a less famous curator with equal vision and verve would ever stand a chance in such an idiosyncratic exhibition featuring top notch artists. (The answer: no.) Still, Als justifies his project by including five poetic wall texts, one to introduce the show and four to loosely separate it into chapters. These texts avoid details, as well as any kind of signage. Like the work itself, the language-centric writing is associative, and to the extent that it tells a story, Als seems to describe her own turn of her late career from letters to pictures:

For many artists, going beyond the parameters of their medium is not just a way of testing form, but of describing the “action”, or the energy and often enduring spiritual component of art. Indeed, we could consider the mind – how to represent it, and why – among the great subjects of modernism, and find, in its representation, an abstract or semi-abstract portrait of the artist, free from the narrative built around of the body, the one that describes, instead, the essential purpose of the artist, which is to make art.

Beautiful, eh? Analytically, Als’s reference to modernism dates back to the beginning of the 20th century, when poetry, and not today’s often empty and jargon-laden theorizing, was seen as the literary pal of visual art. Every theorist Als mentions in his mural has published poetry: Amiri Baraka, WH Auden, Peter Schjeldahl, and Toni Morrison; all, except perhaps Morrison, considered themselves to be poets. Als doesn’t try to educate us or instill in us a political perspective. Instead, he asks us to respond to art the same way it was done – with imagination.

The crown jewel of “Get Lifted!” Is a small room behind the main gallery space. Inside are two display cases full of photographs, ephemera and texts, each of which focuses on a deceased artist: poet and playwright Ntozake Shange and composer and swami Alice Coltrane. Projected onto the back wall – the largest work in the exhibition by a distant shot – is a Super-8 film by another deceased artist, Ana Mendieta, the outline of her torso on fire. Opposite is the smaller work in the exhibit, a video by Paul Pfeiffer showing Michael Jackson dancing, his shape reflected in the center of the 6-square-inch LCD screen. The play makes a disarming statement about the body and how people’s minds can transcend their physical limitations through art – and ultimately in death. But if we can literally read the link between these pieces, we can also understand them for their aesthetics, the way they rub against each other like well-matched words, and for the enigma of their curation. As if her show was a beautiful line, Als asks that when our brains can’t handle the necessary leaps of logic, we leave it to our guts. As we analyze the sentence over and over again, we realize that each utterance is perfectly placed, that nothing could express this better than itself. ??