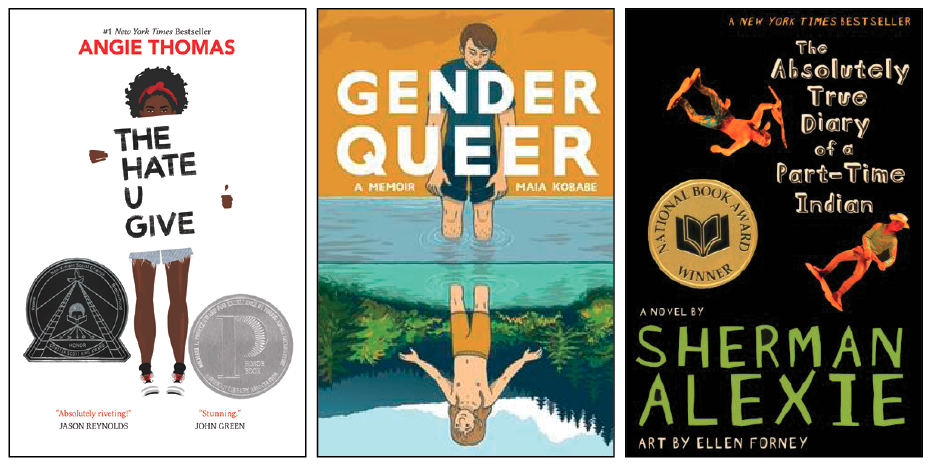 The Forest Park Arts Alliance (FPAA) and the Forest Park Public Library (FPPL) are sponsoring a writing contest called “Use Your Voice” to encourage Forest Parkers to express themselves through writing and to celebrate Banned Books Week 2022.

The theme of the competition is: “What does your freedom as a reader mean to you?” Submissions must be less than 500 words. “Tell us about your favorite book or author,” say event organizers, “and how they changed you. Maybe you want to imagine your favorite book and what it would be like if that book didn’t exist.

Although Banned Book Week takes place at the end of September, Use Your Voice events will be scheduled throughout the month.

A writing for adult audiences, organized by FPAA and FPPL, to find inspiration and support to create a short piece for the competition.

An essay for 14 to 17 year olds, organized by the FPAA to inspire and support the creation of a short piece for the competition.

Bring your work to the library or submit it online. Visit fppl.org/contest for more information. Entries will be accepted in two categories: 14-17 and 18+. Winners will be published in the Forest Park Review

Jarret Dapier, author of Mr. Watson’s Chickens, America’s Most Haunted House and a forthcoming graphic novel about censorship, will be the guest speaker. Contest winners will be announced and all writers who entered will be honored.

The Library and the Arts Alliance were motivated to sponsor this event celebrating freedom of speech because the First Amendment to the U.S. Constitution states that “Congress shall make no law… restricting the freedom of speech or of the press.” and because, according to the American Library Association, in 2021 there were “729 challenges to materials and services in libraries, schools, and universities, affecting 1,597 books.”

“Let’s celebrate freedom of speech,” said Skye Lavin, Adult Services Manager at FPPL, “and open up access to information together as a community by talking about why we love to read!”

Maria Maxham, former Review editor, current Village Commissioner, Arts Alliance member and co-organizer with Lavin of the event, focused on how the competition encourages Forest Park residents to to write.

“Everyone has something to say, and everyone’s thoughts and words matter. I can’t wait to see some amazing writing come out of Forest Park.

“Forbidden books,” she explained, “is the general theme. The idea is both to celebrate the freedom we have to read and write, and to encourage Forest Park residents to be creative.

There is no charge to enter.

Each individual is limited to three entries. The limit is 500 words.

The work must be 100% unique and not plagiarized, although you may use citations from books or other sources as long as you indicate them as such.

Applications will be read and evaluated by a jury which will be announced before the event.

Submissions can be made online (go to fppl.org/contest) or delivered to a drop box at the library.

Lavin said, “It’s a joyful and creative event in the making. Feeling the wave of support for literacy in the village is uplifting.

According to the American Library Association

Reasons: Banned, challenged and restricted for LGBTQIA+ content and because it was considered to have sexually explicit images.

Reasons: Banned and challenged for LGBTQIA+ content and because it was considered sexually explicit.

Reasons: Banned and challenged for LGBTQIA+ content, profanity and because it was considered sexually explicit.

4. “Out of Darkness”, by Ashley Hope Perez

Reasons: Banned, challenged and restricted for depictions of abuse and because it was considered sexually explicit.

Reasons: Banned and challenged for blasphemy, violence and because it was meant to promote an anti-police message and indoctrination of a social agenda.

6. “The Absolutely True Diary of a Part-Time Indian”, by Sherman Alexie

Reasons: Banned and challenged for profanity, sexual references and use of a pejorative term.

seven. “Me and Earl and the Dying Girl”, by Jesse Andrews

Reasons: Prohibited and contested because considered sexually explicit and degrading for women.

8. “The Bluest Eye” by Toni Morrison

Reasons: Banned and challenged because it depicts child sexual abuse and was considered sexually explicit.

ten. “Beyond Magenta” by Susan Kuklin

Reasons: Banned and challenged for LGBTQIA+ content and because it was considered sexually explicit.

A recent American Library Association poll shows that seven in 10 voters oppose efforts to remove books from public libraries, including majorities of voters from all parties. Three-quarters of parents of public school children (74%) express a high degree of trust in school librarians to make good decisions about what books to make available to children, and when asked about the types of specific books that have been given special attention. local debates, large majorities say for everyone that they should be available in school libraries according to age.

US student newspaper pulls anti-Israel column after author is threatened